India vs England, 1st Test: Saliva Ban Made It Difficult To Shine The Ball As Sweat Not Effective, Says Jasprit Bumrah

India vs England: Jasprit Bumrah explained that sweat which is lighter than saliva is not at all a good option to prepare the ball for reverse swing. 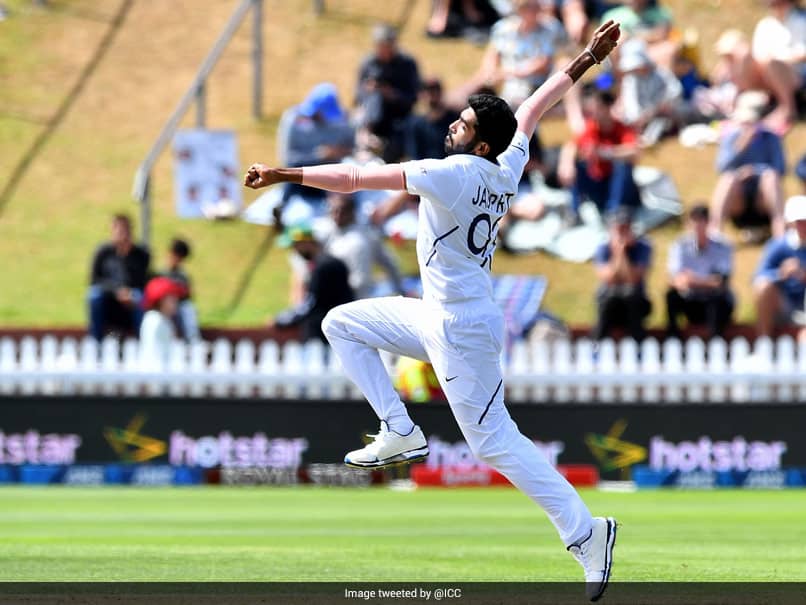 IND vs ENG: Jasprit Bumrah admitted that the Indian team found it difficult to maintain the ball.© Twitter

The ban on saliva turned out to be a handicap for the bowlers since the sweat was not effective to shine the ball, India pace spearhead Jasprit Bumrah said on Friday after England called the shots on the opening day of the series-opener. Skipper Joe Root's unbeaten century in his 100th Test took England to 263 for three on a lifeless Chepauk track, where the red SG Test lost its hardness after the 40th over. "The ball did become soft after a while and the wicket is on flatter side with the bounce being less. You are left with limited options (to shine ball). We are trying to figure out what we can do with the limited things on hand, at that time," Bumrah said at the virtual media conference.

India's most successful bowler on the day admitted that they found it difficult to maintain the ball, as ICC has banned the use of saliva in the wake of COVID-19 outbreak.

"Yes, it becomes difficult when the ball becomes soft and doesn't shine really well because of new COVID-19 rules, we can't use saliva, very difficult during that time to maintain the ball," Bumrah said.

He also explained that sweat which is lighter than saliva is not at all a good option to prepare the ball for reverse swing.

"But these are the rules and we have to make do with what we have at the moment," said Bumrah.