Pujara in, Sehwag dropped from squad for first three ODIs vs England

Pujara's inclusion was being expected by many, especially after a torrid 200 from 150 deliveries against Madhya Pradesh in Rajkot - venue for the opening ODI vs England. 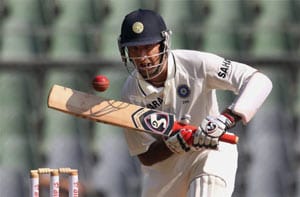 The Indian team for the first three One-Day Internationals against England was announced by the selection committee in Delhi on Sunday (January 6), and the big news was the omission of Virender Sehwag from the squad of 15.

In the only change to the squad that took part in the ODI series against Pakistan and lost 1-2, Sehwag was left out in favour of Cheteshwar Pujara, whose inclusion in the squad was widely predicted in the lead up to the selection committee meeting.

Sehwag has been woefully out of form in recent times and averaged just 22.54 in the 11 ODIs he has played in the last 12 months. Pujara, on the other hand, has been in great form in domestic cricket and created quite a splash in the nine Test matches he has played so far, hitting an average of 58.53.

The first three ODIs between India and England will be played in Rajkot, Kochi and Ranchi, on January 11, 15 and 19 respectively.

Comments
Topics mentioned in this article
Cricket India vs England 2012 India Cricket Team England Cricket Team Virender Sehwag Cheteshwar Pujara
Get the latest updates on ICC T20 Worldcup 2022 and CWG 2022 check out the Schedule, Live Score and Medals Tally. Like us on Facebook or follow us on Twitter for more sports updates. You can also download the NDTV Cricket app for Android or iOS.