Kevin Pietersen met the Dalai Lama ahead of the fifth ODI to be played here on Sunday. 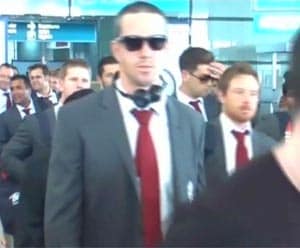 "His Holiness himself... Such an interesting morning visiting his residence!" tweeted Pietersen, attaching a photograph of him beside the Tibetan spiritual leader.

He also posted a photograph of the Dharamsala airport.

India and England play the first ever One-Day International here on Sunday at the HPCA Stadium, 1,500 metres above sea level at the foothills of the Himalayas.

The Dalai Lama moved to this hill town shortly after fleeing his homeland in 1959.

Comments
Topics mentioned in this article
Cricket India vs England 2012 India Cricket Team England Cricket Team Michael Clarke Kevin Pietersen
Get the latest Cricket news, check out the India cricket schedule, Cricket live score . Like us on Facebook or follow us on Twitter for more sports updates. You can also download the NDTV Cricket app for Android or iOS.