High-scoring game on cards in the third India-England ODI

A flat wicket, a quick outfield coupled with a small ground make it a typical Rajkot-like condition that saw in excess of 600 runs being scored in the first ODI. 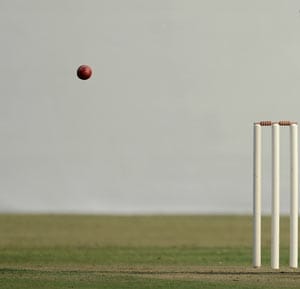 A typical batting-friendly wicket will be on offer when India and England square off in the third cricket one-day international of the five-match series here on January 19.

This will be the first international match at the newly-built Jharkhand State Cricket Association stadium which will be inaugurated on Friday by the state governor Syed Ahmed.

A flat wicket, a quick outfield coupled with a small ground make it a typical Rajkot-like condition that saw in excess of 600 runs being scored in the first ODI.

"People want plenty of runs for one-day cricket and the wicket out here will live up to it. Chances are that we might see runs at a rate of six-seven," local curator Basudeb Site said, indicating another 300-plus total on the cards.

With winter almost gone in these parts, dew would not be a worry, he added.

The ground last hosted Jharkhand's home match against Himachal Pradesh in the Ranji Trophy from November 24-27, 2012.

The match saw four centuries from both the teams as the pitch eased up with Himachal Pradesh taking a first innings lead.

Comments
Topics mentioned in this article
Cricket India vs England 2012 England Cricket Team India Cricket Team JHA
Get the latest updates on ICC T20 Worldcup 2022 and CWG 2022 check out the Schedule, Live Score and Medals Tally. Like us on Facebook or follow us on Twitter for more sports updates. You can also download the NDTV Cricket app for Android or iOS.