India-England Test series will be a closely contested one, feels Sachin Tendulkar

Sachin Tendulkar opens up to his fans in a live conversation. He talks about the about-to-begin England Test series at home, about why he does not bowl now, about the honour Down Under and more. 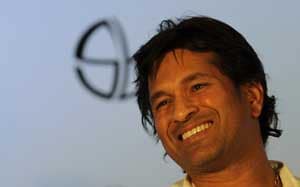 Senior batsman Sachin Tendulkar expects the upcoming India-England Test series to be a closely-contested one and said that past history will have no bearing on its outcome.

"I think we need to leave that thing behind. We also need to consider that immediately after that series when England came to India, we beat them 5-0, which cannot be forgotten. Many things have happened in the past. It is a fresh series and we need to see we produce the best performance," Tendulkar said.

"It will a good and interesting series and a closely fought series," he said at a live conversation with cricket fans at Airtel's 'Talk to Me Live' programme.

The first of the four-Test series starts from November 15 and Tendulkar said the team will start practice from Friday.

"Most of the guys in the team have played first class match. We start our practice session from tomorrow before we go to Ahmedabad. So there are still 6-7 days to practice together as a team," he said in response to a question from a fan.

Fans from all over India got an opportunity to talk to Tendulkar and they had a lot of interesting questions and ways of expressing their views to him.

While a fan quizzed him about the ways of getting into the national team, another asked him how to get in touch with megastar Amitabh Bachchan at the Kaun Banega Crorepati programme. 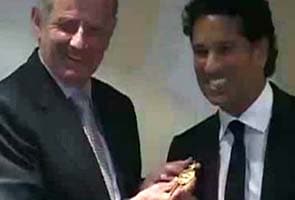 There was another fan from Kolkata, who asked Tendulkar to utter his name once and was over the moon when the the senior cricketer pronounced his name.

There was also a fan from Maharashtra, who conversed with him in colloquial language and praised his copybook 'cover drive' and also wished he goes on playing till the age of 100.

Asked about the Order of Australia honour which was conferred on him recently, Tendulkar said, "I am really happy to get the honour by the Australian government. I had many moments in Australia. For the last 20 years from 1991, I have been playing in Australia.

"I played 6-7 tours, it used to be challenging series, when you perform there, people notice and appreciate your effort and performance. I got good exposures at the right time."

To a question by a fan on why he doesn't bowl anymore, Tendulkar said, "Since 2007-08 Australia tour, I have cut down on my bowling. Occasionally when needed I bowled and now we have good bowlers in team, so no need to bowl now."

Comments
Topics mentioned in this article
Cricket India vs England 2012 Sachin Ramesh Tendulkar England Cricket Team India Cricket Team
Get the latest Cricket news, check out the India cricket schedule, Cricket live score . Like us on Facebook or follow us on Twitter for more sports updates. You can also download the NDTV Cricket app for Android or iOS.