Says England are a poor touring side and scoffs at the suggestion that India did not adhere to the spirit of the game by not playing a regular spinner in the practice match against the visiting team. 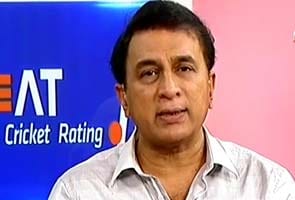 Former India cricketer Sunil Gavaskar on Friday, told NDTV that a lot of negativity can be expected from the upcoming India-England series, starting November 15.

Criticising Michael Vaughan's tweet earlier which blasted 'India's tactics to not play a regular spinner in the practice match,' Gavaskar said that former England players should not make such statements. "Are former England players going to tell us what team to play? Are they going to pick our side for us. I mean these sort of comments should just be ignored," he said. (Read: Vaughan blasts 'India's strategy')

"It is entirely India's prerogative. May be the selectors wanted to try these players. Indian selectors will do what is good for the Indian team."

Vaughan had described it as a 'pathetic tactic' on India's part to not play regular spinners and had said that he did not feel it was in the spirit of the game. (Also read: Unusual ways of England's training for India tour)

He however did compliment England's tour planning and that the players came almost three weeks before the start of the series. " Of course the home team will always have the edge because they are familiar with the conditions and that is why I think England have done very wellÂ  coming here three weeks before they play their first Test match."

The first Test will be played in Ahmedabad.

Comments
Topics mentioned in this article
Cricket India vs England 2012 England Cricket Team India Cricket Team Sunil Manohar Gavaskar Michael Vaughan
Get the latest Cricket news, check out the India cricket schedule, Cricket live score . Like us on Facebook or follow us on Twitter for more sports updates. You can also download the NDTV Cricket app for Android or iOS.