End of the ODI road for Virender Sehwag?

After India's loss in the series against Pakistan, it was expected that the selectors would make a few changes to the team for the ODI series against England. That they made only one, with Sehwag left out of the squad, was a little surprising. 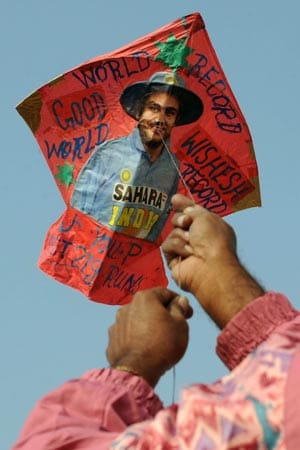 When news trickled in that Virender Sehwag was not part of the Delhi team that was taking on England in their second warm-up fixture at the Feroze Shah Kotla on Tuesday (January 6), it caused some disappointment. It wasn't unexpected, but if he had taken the field against the team for whose One-Day International series he has been dropped, at the ground on which he played most of his formative cricket, it would have signaled intent of sorts.

Maybe his axing from the squad for the first three ODIs against England was too fresh, maybe the feeling of being dropped from the playing XI for the third ODI against Pakistan at the very same Feroze Shah Kotla was too raw. Whatever it was, it did feel as if Sehwag had missed an opportunity to send a message that he intended to fight back.

After India's loss in the series against Pakistan, it was expected that the selectors would make a few changes to the team for the ODI series against England.

That they made only one, with Sehwag left out of the squad, was a little surprising. He has been among the world's most destructive and feared batsmen, and while his recent poor form warranted some action, there will doubtless be a few opposition bowlers who will be relieved they don't have to bowl to him.

This isn't the first time Sehwag hasn't been picked for a limited-overs side in the past year, but what's different this time is that it is clear he has been dropped, and there is no attempt to camouflage that with a 'being rested' line.

Whether it is justified that Sehwag was the only member axed from a team that had collectively failed is a debate for another day. Delhi circles were rumbling with questions over why Sehwag was singled out when, for example, Rohit Sharma has 17 runs in his last six ODI innings.

The more important question for now is whether this signifies the end of Sehwag's ODI career. The team has been picked only for the first three ODIs and if India continue to have problems with the new ball, Sehwag might even be back soon. But the selectors are planning for the 2015 World Cup, and if that's the goal, it will be difficult for Sehwag to make a comeback - unless he does something extraordinary.

As a one-day batsman, Sehwag has a middling average (35.06) and a fantastic strike-rate (104.34). But those numbers don't give an accurate snapshot of his career, even if they provide an overall view. For a man whose aggressive batting seemed tailor-made for limited-overs, his consistently better showing in Test cricket seemed at odds with his naturally attacking style.

But then, several things about Sehwag's one-day batsmanship defied the norm. Conventional wisdom would suggest that the relationship between strike-rates and the length of time spent at the crease is inverse for every batsman - the longer he stays in, the less quickly he will score.

That stands to reason, and also explains why the men who scored the quickest - Sehwag, Adam Gilchrist, Shahid Afridi - have averages that are on the lower side. Where Sehwag turns that on its head is in how his career high points have panned out.

Sehwag's best period as an ODI batsman was between mid-2008 and India's momentous triumph in the 2011 World Cup. There wasn't a more destructive and effective ODI batsman in that three-year period. He scored 2448 runs at an average of 48.96 and a strike-rate of 125.28. If Sehwag alone batted for 50 overs with those numbers, his team would have got to about 375 for eight.

He scored so consistently and so quickly - the next highest strike-rate among batsmen who scored at least 1500 runs was Chris Gayle's 101.54 - that one of the important facets of this phase was lost. On an average, Sehwag faced between 37 and 38 deliveries each time he came out to bat.

That may not sound a whole lot at first glance, until you consider that in the rest of his ODI career, Sehwag has faced less than 31 balls per innings. And in no other time-span has he had as much success with runs and scoring rates as during the 2008-2011 period.

Curiously enough, spending more time at the crease than he had made Sehwag's strike-rate go sharply north. That his average would increase is expected, but the corresponding increase in quickness of scoring is not. Batsmen have it repeatedly drilled into them that if they spend time at the wicket, the runs will come. With Sehwag, the runs and the quickness both flowed.

It is perhaps best explained by his own remark that once he was set, "only Virender Sehwag could get Virender Sehwag out". The key is getting 'set'. When Sehwag gave the first few overs to the bowlers, the end result was much more devastating in every way.

What Sehwag needs to do to rediscover the old touch - and it's not as if it is an impossible task - only he knows. But working on his less-than-sprightly fitness and rediscovering the value of time at the crease won't hurt.

Comments
Topics mentioned in this article
Cricket India vs England 2012 India Cricket Team England Cricket Team Virender Sehwag
Get the latest updates on ICC T20 Worldcup 2022 and CWG 2022 check out the Schedule, Live Score and Medals Tally. Like us on Facebook or follow us on Twitter for more sports updates. You can also download the NDTV Cricket app for Android or iOS.