Bishen Singh Bedi took to Twitter to question the move to drop Virender Sehwag for the opening three ODIs against England. Asks if it is not the only solution. 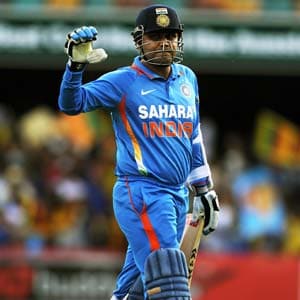 Sehwag, who has been in poor form of late, was dropped from the third and final ODI against Pakistan here at the Ferozshah Kotla Sunday which India won by 10 runs. Sehwag has been going through a rough patch and has averaged just 22.54 in the 11 ODIs he has played in the last 12 months.

The Sandip Patil-led selection committee met here Sunday and announced the team immediately after the match.

Comments
Topics mentioned in this article
India vs England 2012 Cricket England Cricket Team India Cricket Team Virender Sehwag Bishansingh Giansingh Bedi
Get the latest updates on ICC T20 Worldcup 2022 and CWG 2022 check out the Schedule, Live Score and Medals Tally. Like us on Facebook or follow us on Twitter for more sports updates. You can also download the NDTV Cricket app for Android or iOS.