Ashley Giles: England's ODI and T20 coach has his own methods

Cricket has seen umpteen players become, or be forced to become, specialists in only one format, but of late the principle has been applied to coaching. 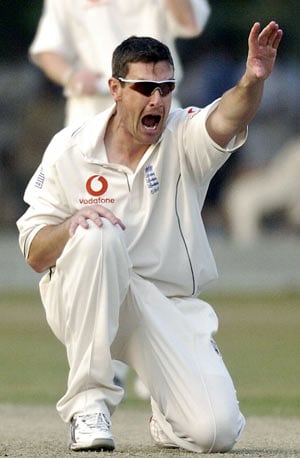 England's victory in the first One-Day International against India in Rajkot on Friday (January 11) ended a wait of over six years in which they hadn't won against India in India. Perhaps an equally noteworthy aspect of the win was that this was the first international match that England were playing after adopting the policy of split coaching.

Andy Flower, Team Director and coach of all England's national teams till a month ago, did not make the trip to India for the ODI leg of England's tour, with Ashley Giles, the former England left-arm spinner, taking charge. Giles will henceforth be in charge of the limited-overs teams for England, while Flower will continue to be the Team Director and coach of the Test side.

Cricket has seen umpteen players become, or be forced to become, specialists in only one format, but of late the principle has been applied to coaching. Late last year Russell Domingo took over as coach of South Africa's Twenty20 International team for the series against New Zealand and has continued in the job in order to give Gary Kirsten more time to focus on the Test and ODI teams.

And just like Domingo and Kirsten, Giles will also report to Flower as his 'line manager'. The move is aimed at lessening Flower's workload and enabling him to devote more time to planning, but it's a policy that could have many repercussions, especially if successful.

Giles had a less-than-ideal start, with England's losses in the two warm-up games, but with victory in the first international match, the ledger is currently more green than red. It's early days still, but a win in the series will go a long way towards lending additional legitimacy to the concept of split coaching.

Giles himself was keenly aware of the challenges and was eager to take them on. "Of course it is different from my normal day job, but great as well," said Giles in Rajkot. "Ultimately this is where you want to be. You want to be coaching at this level and to have the opportunity is great."

The players have also been making the right noises about the new set-up, with Eoin Morgan saying Giles had brought "a freshness to the side", and Alastair Cook, the England Test and ODI captain, saying Giles had done well, though it was still early days. "These things take time. He needs to get used to everyone too, but I think he is an excellent coach," said Cook.

James Tredwell, Man of the Match in Rajkot, said that Giles's entry hadn't changed things too much just yet. "Ashley Giles is pretty similar in a lot of ways to Andy Flower. He's just come in and stepped into his shoes really," said Tredwell. "Obviously he'll bring his ideas in over time I guess, but having made that change pretty quickly over tours, it's pretty difficult for him to do too much too quickly."

Giles himself said that the squad's energy and buzz were very good so far, but conceded that some of that may have been because the new players were keen to impress the new coach.

Also, as Giles said, he might be reporting to Flower, but he was very much his own man. "They are used to working with Andy and I will be very different," said Giles. "We've got similar values, principles and structures, but we react differently to things so when they talk to me, I'll come back differently to Andy."

Giles said that he doesn't expect, or need, to speak with Flower everyday for coaching inputs, and would consult him if there's a major decision to be taken - for example, changing the wicketkeeper of the ODI side. But for the selection of the playing XI, and other coaching responsibilities, Giles was in charge.

"There is no point shying away. If you back off against the Indians they will bully you so we need to be up for it and be of a winning mindset," he said. Giles acknowledged that part of the ODI series was about "developing and finding out more" about the newer players and that if they've all improved at the end of the series it would be a job well done. "But," he added, "we're not practising with great intensity to just develop. We are trying to win cricket matches."

In a twist of fate, Giles was facing off with Duncan Fletcher, who had been a staunch supporter of Giles when he was with the England side. Giles acknowledged that Fletcher had been a huge influence, but added, "That doesn't mean I'm going to give him the series!"

Tough words, the boldness to walk unchartered territory, and a resume that has 'current England selector' and 'former Warwickshire coach' written on it. England have adopted a new concept, but in choosing Giles as their man, they look like they have started well.