The pink ball aids conventional swing more than it reverses because of the extra lacquer used to make sure that the ball is easy to spot even under lights. 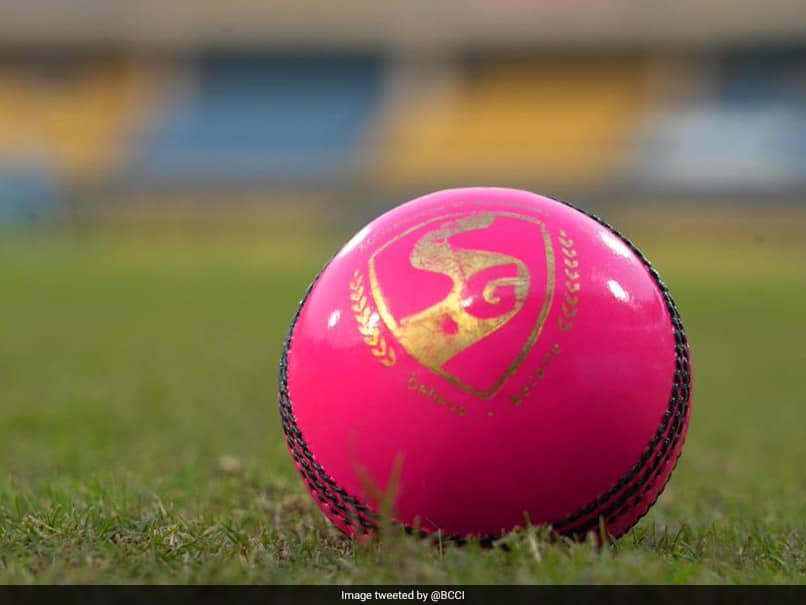 The pink SG balls have been hand-stitched for the second India vs Bangladesh Test.© Twitter

The amount of reverse swing that the SG pink ball will aid has been a burning question ever since it was announced that India will play its maiden Day-Night Test against Bangladesh at the historic Eden Gardens from November 22. The likes of Mohammed Shami are known to use the reverse swing as one of their most potent weapons and the pink balls for the Day-Night Test have been prepared keeping that in mind. Speaking to IANS, a BCCI official said that the seams in the pink balls have been hand stitched to ensure that the ball aids reverse swing.

"The pinks balls prepared have all been hand stitched as that increases the chances of the ball aiding reverse swing. Shouldn't be a problem to get the pink cherry to reverse," the official revealed.

For those unaware, the pink ball aids conventional swing more than it reverses because of the extra lacquer used to make sure that the ball is easy to spot even under lights. The spotting has been a major area of concern with the pink ball, especially in the Twilight phase.

The pink ball takes around 7-8 days to make and it starts with the preparation of the pink-dyed leather. Once the leather is ready, they are cut into pieces which shall later become the covering of the ball. The leather is most importantly softened overnight to ensure that it is not too hard and can be easily wrapped around the cork later.

Once the main formation is complete, the final layer of colouring and shining is done before the ball is finally weighed and dispatched. The pink ball is heavier than the conventional red ball.

The Indian as well as the Bangladesh players were handed the SG pink balls in Indore during the first Test and with the opening game ending inside three days, the players from both teams took the opportunity to practice under lights.

In fact, not just skipper Virat Kohli, even the likes of Ajinkya Rahane, Cheteshwar Pujara and Rohit Sharma have made their excitement known about playing their maiden pink ball Test.

Speaking after the first Test, skipper Kohli said: "The pink ball does a lot early on, more than the red ball. The pink ball Test is going to be exciting. It's going be a landmark event for Indian cricket and Indian Test cricket."

"It's a totally new experience, we are not tensed at all," Mehidy told reporters on Monday. "I think we all are excited to play the Day-Night Test with pink ball for the first time. That's a matter of huge excitement. We remain normal and take the preparation that we usually take before any match.

"I have batted today and found the ball moves more than the traditional red ball. The ball seems to be heavy and if the bat connects with the ball, it goes quickly. I think pink ball can offer swing heavily from the beginning. It is important to get set in the crease. If one can get set he will find it easier. We didn't get enough time to practice with the pink ball. But we are trying to overcome our shortcomings,'' he added.