Virat Kohli practiced with the pink ball ahead of the Indore Test to understand how it behaves, well ahead of the historic Day-Night Test in Kolkata. 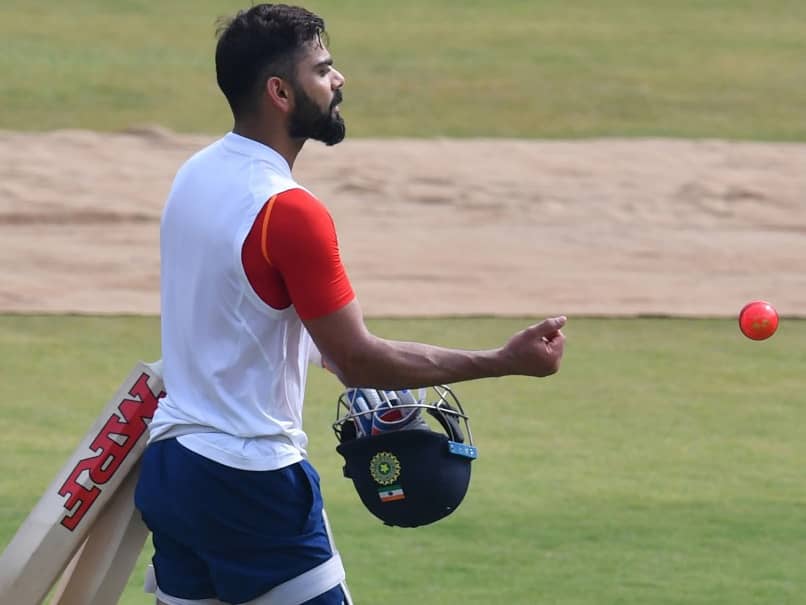 Virat Kohli played with the pink ball for the first time.© AFP

Virat Kohli, who was rested for the Twenty20 International (T20I) series against Bangladesh, returned to lead India for the two-Test series starting from Thursday in Indore. Ahead of the Indore Test, the Indian cricket team practiced with the pink ball to understand how it behaves, well ahead of the historic day-night Test in Kolkata. It was also a new experience for India captain Virat Kohli as he had never played with the pink ball before. Virat Kohli, during the pre-match press conference said, extra concentration will be required to pick the pink ball after playing with the red more often.

"Well I hadn't played with the pink ball before. So I was given an experience to try it and I wanted to, that was my mindset behind playing with the pink ball. I think everyone else did it as well," Kohli during the pre-match press conference.

Kohli, 31, was also of the opinion that pink ball will swing more than the red ball and if the Eden Gardens pitch favours the bowlers then the fast bowlers will be in the game.

"The pink ball I have played yesterday, I think it swings a lot more compare to the red ball because there's extra lacquer on the ball and doesn't go away too fast and the seam holds upright quite a bit," Kohli said.

"If the pitch has enough for the bowler then the bowlers will be in the game, especially the fast bowlers," he added.

The day-night Test will be played from November 22 at the Eden Gardens in Kolkata.