India will be looking to extend their lead at the top of the World Test Championship as they lock horns with Bangladesh in the Test series opener in Indore, starting on November 14. 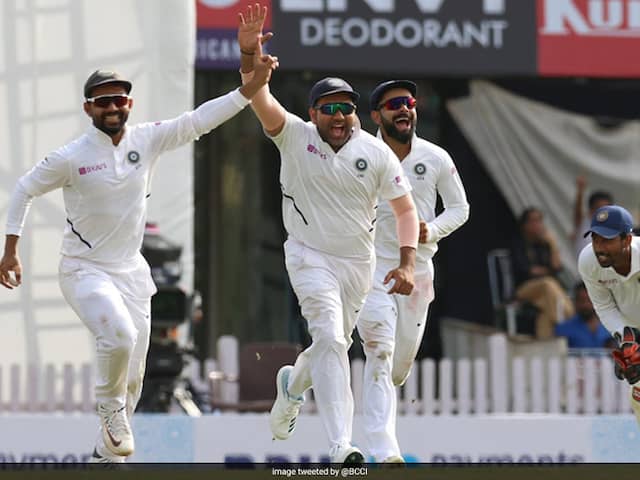 India are on top of the World Test Championship points table with 240 points from five wins.© Twitter

India, who thrashed Bangladesh in the Twenty20 International (T20I) series 2-1, will look to continue their dominance in the Test format when they face Bangladesh in the first Test of the two-match series in Indore on Thursday. India, in their last Test series, thrashed South Africa to complete a series sweep while Bangladesh lost the one-off Test against Afghanistan in their last outing in the longest format of the game. For India, Virat Kohli will return to lead the team after being rested for the T20I series. In the absence of Shakib Al Hasan, Mominul Haque has been given the responsibility to lead the visitors. Shakib was handed a two-year ban by the International Cricket Council (ICC) for not reporting corrupt approaches.

The Test series starts from Thursday, but the buzz and the talk has been consistently centered on the second game in Kolkata, which will be played under lights -- a historic first for both the teams.

Speaking ahead of the series opener in Indore, India vice-captain, Ajinkya Rahane said that the team is focussing on one game at a time.

"Bangladesh is a very good team. We played very well against South Africa but that's past now. With (World) Test Championship, every match is equally important. We like to take one game at a time which is Indore now," vice-captain Rahane said.

"We completely respect the Bangladesh team and we are going to play to our strength rather than thinking about theirs," he added.