Virat Kohli did spend a long time batting against Mohammed Shami in the twilight phase on Wednesday. 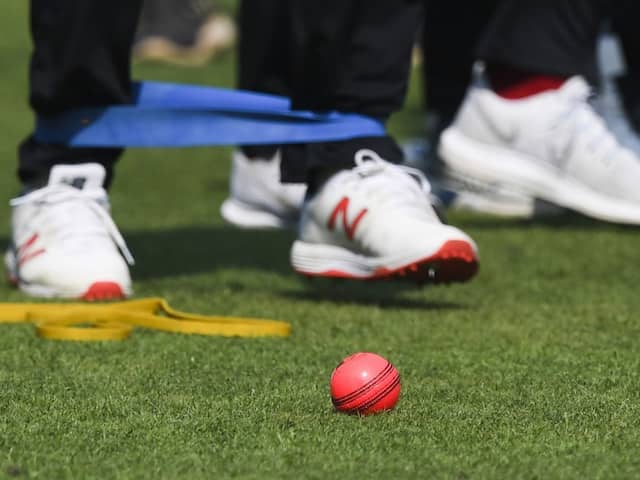 There are claims that the pink ball will make life difficult for the batsmen.© AFP

There have been more talks about the way the SG pink ball will behave in India's maiden Day-Night Test against Bangladesh than the very outcome of the game which starts at the Eden Gardens from Friday. While some have said that the pink ball will make life difficult for the batsmen thanks to the swing it generates and the nature of the Eden track, chief curator Sujan Mukherjee begs to differ.

Speaking to IANS hours before the first ball is bowled in the much-anticipated clash, Mukherjee said that this SG pink ball doesn't seem to have as much shine as the Kookaburra that was used at the same ground during the much-talked about CAB Super League final which saw Mohammed Shami break the backbone of the opposition batting with his spell with the pink cherry.

"I am seeing the SG pink for the first time, but going by what I saw at the nets, the shine seems a little less than the Kookaburra used during the club game. Swing shouldn't be that big an issue. Yes, obviously the match conditions will be different from the nets and we will have to wait and watch," he said.

Asked about the much talked about twilight phase, Mukherjee said that is a non-issue in a ground like the Eden Gardens where that phase is not more than 15 minutes.

"The sun dips here very quickly and that twilight phase is of just 15 minutes to be honest. It shouldn't be an issue if you ask me," he pointed.

While skipper Virat Kohli did spend a long time batting against Shami in the twilight phase on Wednesday, the captain said fielding could also be an issue with the pink ball.

"The fielding session with the pink ball was biggest challenge. People will be surprised how difficult fielding can be with the pink ball. The ball definitely felt heavier. I'm sure there won't be any difference in weight but somehow it felt heavier. While taking slip catches the ball really hit the hands hard. Even while throwing from the boundary, the fielders felt they needed to put extra effort," Kohli had pointed on the eve of the game.