Ravi Shastri said he would observe how things work out in this game before giving a definitive view. 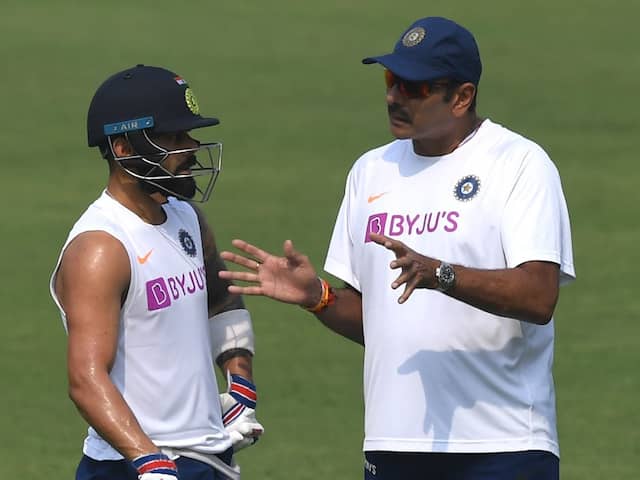 India captain Virat Kohli has also been guarded in his views.© AFP

The historic significance of India's maiden day-night Test isn't lost on him but national coach Ravi Shastri on Friday also struck a note of caution by saying that "plenty of questions" on the pink ball's behaviour are still to be answered. Seven years after the International Cricket Council (ICC) gave its go ahead, India finally embraced the revamp which is aimed at bringing back the crowds to the Test format. "(It's a) historic occasion, boys will look forward to it. There will be a wait-and-watch game as well," Shastri said while speaking to the official broadcaster Kolkata before the start of opening day's play in the game.

"Plenty of questions to be answered and time will tell," he added. The game is just 12th Day/Night game since the format was rolled out in 2015 during an Australia-New Zealand series.

"Adapting to pink ball will be a challenge, we've got to see how the ball will behave, how close will it be to how Test cricket should be. It seems a little harder and heavier than the red ball," he said.

"So when you're catching, you have to watch it that much closely into the hand. Only time will tell how it behaves, how it will handle dew, how much of swing there is, how much of reverse, how much will it help spinners," he explained.

India captain Virat Kohli has also been guarded in his views and in the pre-match press conference stated that Day/Night games can only be an exception not the rule.

Shastri said he would observe how things work out in this game before giving a definitive view. "We're making a start, it'll be interesting to see how it goes," he said.