Bangladesh Test captain Mominul Haque said Virat Kohli is the best player in the world and thinking about taking on the India skipper makes him feel good. 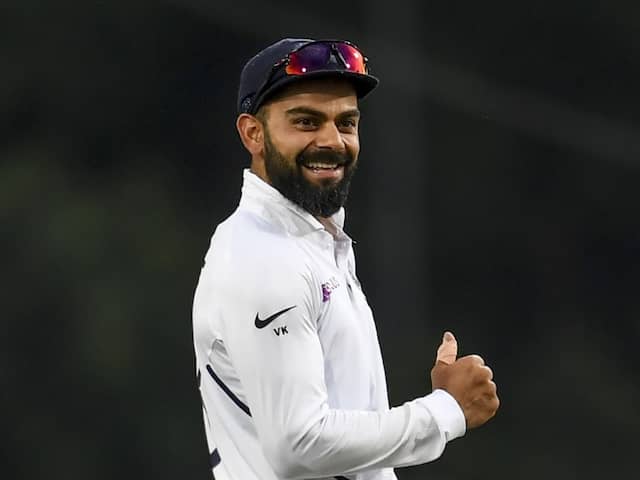 Virat Kohli will return to lead Team India in the Test series against Bangladesh.© AFP

Mominul Haque has been tasked to lead the Bangladesh Test team after Shakib Al Hasan was banned by the International Cricket Council (ICC) last week. Mominul Haque, 28, said he never thought of leading the Bangladesh cricket team as he was not ready for it. He also said, he is excited to take on Virat Kohli as he in the best player in the world across all formats. "I was not ready at all. It was completely unexpected. I never thought even in my dreams that I will be the captain of Bangladesh or I will captain the Test side," Haque said.

"I am very excited as I think (Kohli) is the best player in the world, the best batsman in all formats combined. Thinking about that makes me feel good," he added.

Mominul has played 36 Tests and scored 2,613 runs and has the highest average among his country's batsmen at 41.47.

Kohli has been rested from the ongoing Twenty20 International (T20I) series against Bangladesh. In his absence Rohit Sharma is leading Team India as they gear up for a crucial contest in Rajkot later in the day.

Kohli will return to lead India in the two-Test series against Bangladesh starting from November 14 at the Holkar Cricket Stadium in Indore. The final match, which will be the first day-night Test hosted by India, will take place at the Eden Gardens in Kolkata from November 22.