India vs Bangladesh: Rohit Sharma said that the total they posted in the first innings was a "defendable score" but their mistakes in the field cost them dearly. 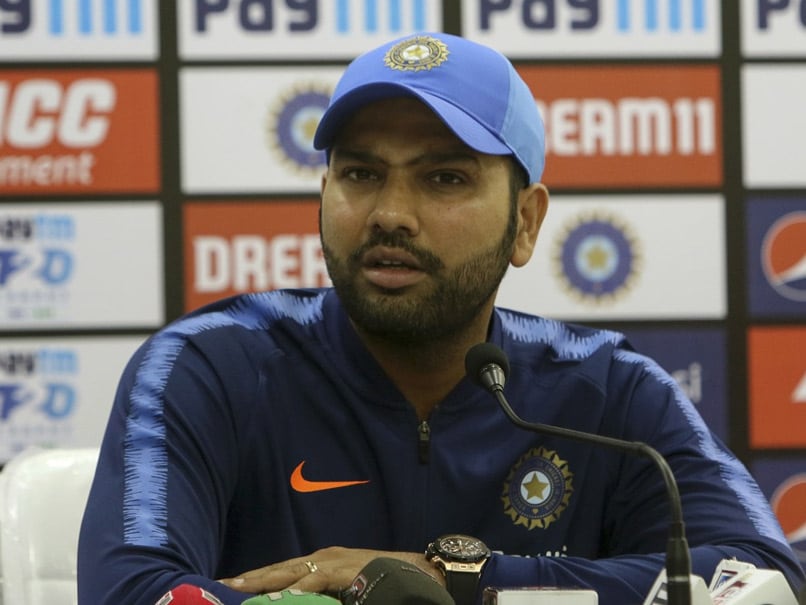 India vs Bangladesh1st Twenty20 International (T20I) ended with the visitors registering a seven-wicket win -- their first-ever over India in the shortest format of the game at the Arun Jaitley Stadium in New Delhi on Sunday. After failing on previous eight occasions, Bangladesh changed the trend in the ninth attempt. Reflecting on his side's loss, Rohit Sharma said that the total they posted in the first innings was a "defendable score" but their mistakes in the field cost them dearly. The Indian skipper, however, didn't dwell too much on pin-pointing who was at fault in the field and said that the "guys are a bit inexperienced, and they can learn from that, perhaps not make them the next time".

Rohit also didn't shy away from praising Bangladesh who put up a brilliant show, outclassing India in all three departments of the game.

"Not to take credit away from Bangladesh. They put us under pressure right from the start when we were batting," Rohit said at the post-match presentation.

"It was a defendable score, and we made mistakes on the field. The guys are a bit inexperienced, and they can learn from that, perhaps not make them the next time," said an optimistic Indian skipper.

There were a few moments in the game which could've proved crucial in the determining the outcome of the game. India got two close chances against Mushfiqur Rahim in the same over but they didn't review the on-field decisions.

Making things worse for India, the replay showed that the Rahim would have been out had they taken a review.

After the match, Rohit admitted that those were the "mistakes" but also added that he doesn't like "to talk about it".

"The reviews were a mistake from our side, not to talk about it at least, and the first ball he played on the back foot, we thought it was going down leg, and the next one on the front foot, but we forgot how short he is!," Rohit explained.

Rohit was mighty pleased with the leg-spinner Yuzvendra Chahal who was playing his first international game since August. He lauded his quality of controlling the game in the middle overs and making the captain's job "a little easier".

"Chahal was always welcomed into this format. He's crucial to this team, and he showed how important he is in the middle overs, when the batsmen are set. He completely understands what he needs to execute, and that makes it a little easier for the captain as well," said the 32-year-old opener from Mumbai.

The second match of the three-match series will be played at Saurashtra Cricket Association Stadium, Rajkot on November 7.

Feroz Shah Kotla, Delhi India vs Bangladesh Cricket India vs Bangladesh, 1st T20I
Get the latest updates on ICC Women's Cricket World Cup 2022 and IPL 2022, check out the Schedule , Live Score and IPL Points Table. Like us on Facebook or follow us on Twitter for more sports updates. You can also download the NDTV Cricket app for Android or iOS.