The series decider will be played at Feroz Shah Kotla, Delhi, on Wednesday. 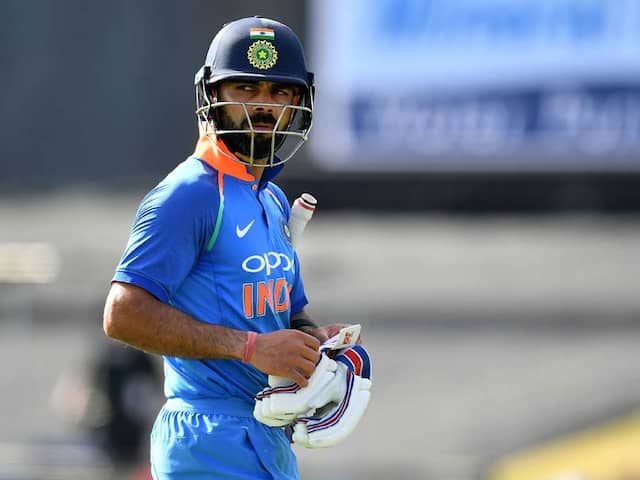 Virat Kohli didn't hesitate to accept the defeat to Australia in Mohali as an "eye-opener" for Team India ahead of a crucial event like ICC World Cup 2019, starting on May 30 in the UK. Following an impressive century by Peter Handscomb and Usman Khawaja's 91, Ashton Turner smashed a gritty knock of 84 runs (not out) as Australia pulled off a record chase to win the fourth One-day International against India on Sunday. Having chased a huge target of 359 with 13 balls to spare, Australia levelled the five-match ODI series 2-2 with a four-wicket victory at the Punjab Cricket Association IS Bindra Stadium.

The series decider will be played at Feroz Shah Kotla, Delhi, on Wednesday.

Following the loss in Mohali, India captain Virat Kohli vowed to bring more "intensity and passion" in the series deciding fifth ODI at his home ground.

"It's going to be cracker of a game (in Delhi), we've had two eye-openers in two games. We can't take anything for granted. We have to work hard and we got to come up with more intensity and passion in the next game to try and win the series," Kohli said at the post-match presentation.

After opting to bat, India rode on Shikhar Dhawan's career-best knock of 143 to post a mammoth 358 for nine in their allotted 50 overs.

However, the bowlers failed to defend the huge total and Australia chased down the target with the help of noteworthy knocks by Handscomb, Khawaja and Turner.

"The wicket remained good throughout the game, we have been on the wrong side of the dew twice in two games. It was very difficult to bowl in the end, guys tried their best but Ashton (Turner) played one hell of a knock, Handscomb and Khawaja played well too but Ashton's innings was the game-changer," Kohli said, in praise of Australia's run-scoring trio.

Calling some missed chances of stumping by young wicket-keeper Rishabh Pant "crucial", Kohli said: "We were sloppy in the field and should've grabbed our chances. But the DRS call was a bit of surprise for all of us and it's becoming a more of a talking point every game."

"It's just not consistent at all, that was a game-changing moment. The opportunities slipped away and so did the game," the Indian skipper added.

Virat Kohli Rishabh Pant
Get the latest updates on IPL 2020, check out the IPL Schedule for 2020 and Indian Premier League (IPL) Cricket live score . Like us on Facebook or follow us on Twitter for more sports updates. You can also download the NDTV Cricket app for Android or iOS.