India defeated Australia by six wickets in the first ODI. 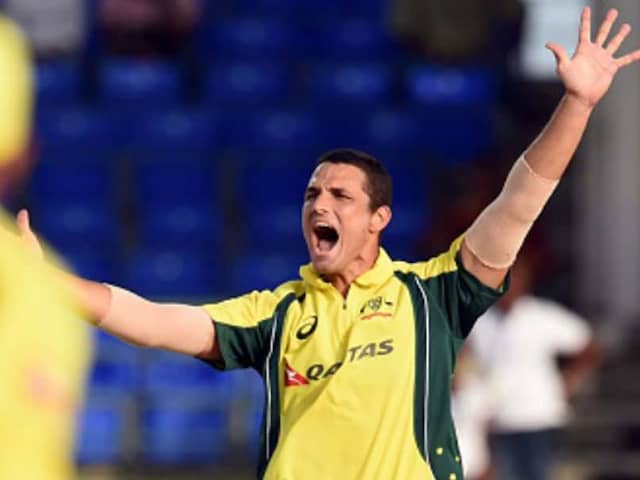 Australia fast bowler Nathan Coulter-Nile is confidence of Australia making a strong comeback in the five-match ODI series. India defeated Australia in a closely-contested first ODI in Hyderabad on Saturday by six wickets to take a 1-0 lead. The Australian bowlers put India in a spot of bother during the run-chase when they reduced the hosts to 99/4 at one stage. But MS Dhoni and Kedar Jadhav's unbeaten 141-run stand took India to victory in 48.2 overs. Coulter-Nile bagged two wickets for 46 runs in the opening ODI. He had also made a crucial contribution with the bat, scoring 28 off 27 balls that helped Australia reach 236/7.

"I don't think it shifts too much. They're one-nil up in this series so they've got the upper hand, but it was a really closely fought game. We played well, they played better in the end but I think it's a really close (contest between the) two teams and the next four games should be even tighter," Cricket Australia quoted Coulter-Nile as saying.

Prior to the ODI series, Coulter-Nile collected Man of the Match for his 3/36 in the first T20I and in the second game supported his side with 1/33.

"I came in with scratchy form off the BBL so I'm getting better definitely. Hopefully, I can hit my areas better next game for longer, consistently and the ball will start will feeling a bit better out of the hand," said Coulter-Nile.

India Cricket Team Cricket India vs Australia, 2018/19
Get the latest Cricket news, check out the India cricket schedule, Cricket live score . Like us on Facebook or follow us on Twitter for more sports updates. You can also download the NDTV Cricket app for Android or iOS.