Despite the high stakes, both teams are likely to continue playing around with the team combinations for the fifth ODI. 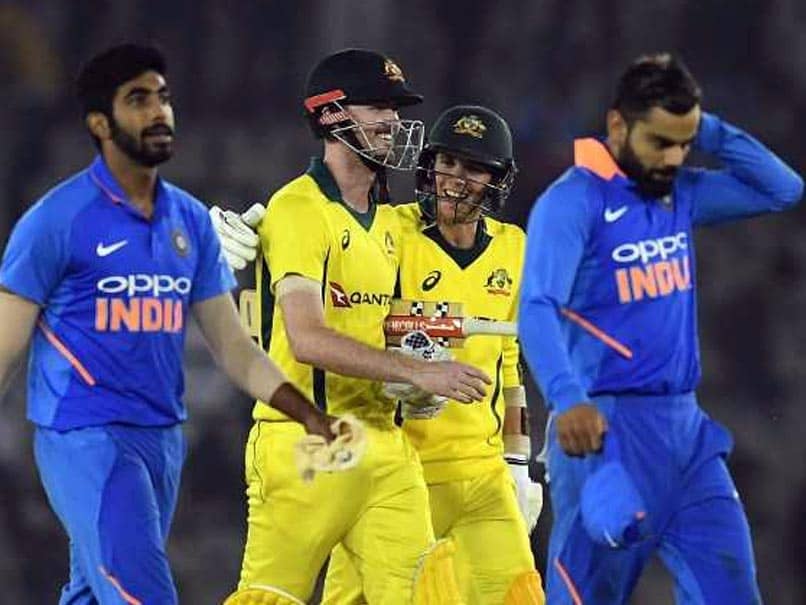 Virat Kohli-led India will be looking to bounce back after two consecutive defeats.© AFP

Australia, who have never before won an ODI series after trailing 0-2, will be looking to script an unlikely victory against hosts India when the two teams lock horns in the series decider at the Feroz Shah Kotla in Delhi on Wednesday. Despite the high stakes, both teams are likely to continue playing around with the team combinations for the fifth ODI, with the onus being on finalising the playing XIs they will field in the 2019 World Cup, which will be played in England and Wales from May onwards.

MS Dhoni, whose absence from the team was sorely felt in the 4th ODI, will sit out the Delhi ODI as well. Rishabh Pant, whose errors behind the stumps have been in the spotlight in the ongoing inquest into the Mohali defeat, is expected to be given another try.

Pant sat out the first three matches of the series, coming in for Dhoni in Mohali, suggesting that the Indian think tank currently thinks that there is not a place in the team for him to be played as a specialist batsman. His quickfire 36 runs was the biggest contribution from the Indian middle-order in the 4th ODI, but all eyes will be on his glovework in Delhi.

Except Ambati Rayudu, most of India's batsmen have managed to get some runs under their belts through the course of the series. It will be interesting to see if Rayudu, who has failed to cross 30 in his last six innings, is given another chance in the decider.

KL Rahul, who has also been showing indifferent form of late, managed to win some trust with his fluent 26-ball knock in the Mohali ODI, and can be expected to play on Wednesday.

Also in focus will be Virat Kohli, whose captaincy in the 4th ODI has been widely criticised. In fact, he failed to make a mark with the bat in the match as well, having dropped himself down the order to accommodate Rahul at No 3.

For Australia, there is a sudden problem of plenty, considering BBL prodigy Ashton Turner's heroics in Mohali, Usman Khawaja and Peter Handscomb striking form, and with the World Cup in perspective -- the impending return of Steve Smith and David Warner.

Having lost the first two ODIs, they have now scored two consecutive victories against the hosts - chasing down a stiff target of 359 on Sunday. Pat Cummins' five-wicket haul in Mohali will also give the visitors some confidence.

Virat Kohli India vs Australia, 2018/19 India vs Australia, 5th ODI Cricket
Get the latest updates on IPL 2021, IPL Points Table , IPL Schedule 2021 , live score . Like us on Facebook or follow us on Twitter for more sports updates. You can also download the NDTV Cricket app for Android or iOS.