Jayant Yadav, Ishant Sharma Should Be Dropped For Next Test, Says Mohammad Azharuddin

Unhappy with India's humiliating defeat in the first Test against Australia, former India captain Mohammad Azharuddin said that off-spinner Jayant Yadav and speedster Ishant Sharma should be dropped for the next Test. 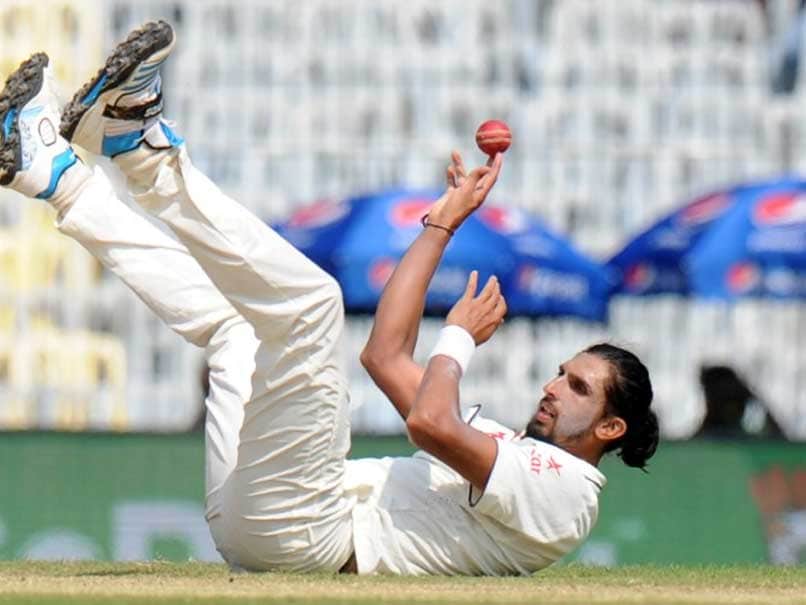 Unhappy with India's humiliating defeat in the first Test against Australia, former India captain Mohammad Azharuddin feels that off-spinner Jayant Yadav and speedster Ishant Sharma should be dropped for the next Test."Any batting debacle leaves a team on the backfoot. I am not saying series is lost but one needs to look at the kind of track that you want to play. I reckon Chinnaswamy won't have this kind of turn. So my gut feeling is that Jayant Yadav and Ishant Sharma may be dropped from the playing XI," Azharuddin said.

India's batting was severely Tested in the match where Virat Kohli's batsmen managed to tackle only 75 overs in both the innings and got out to lowly totals of 105 and 107. Eventually, India lost the match by a whopping 333 runs.

"Going by their batting performance, I expect them to play an extra batsman -- that is Karun Nair. He should be replacing Jayant in all likelihood.

"Also on the tracks that we are playing, Ishant's back of the length stuff is not going to work. It is better that a swing bowler like Bhuvneshwar is brought into the team by Virat," he said.

For someone who has played 99 Tests and captained India for close to a decade, Azharuddin was critical of the performance by the Indian spinners on a rank turner.

"I think a similar pitch was prepared when Michael Clarke got his 6 for 9 in Mumbai. This was a bad pitch to bat on. But I am not at all happy with how the spinners bowled on a track like this -- especially Ravindra Jadeja," said Azhar. In fact, the stylish Hyderabadi feels that Steve O'Keefe showed exactly how to bowl on a turner.

"O'Keefe bowled the line that Jadeja should have bowled. If you looked at Jadeja's line, it was on off-stump or slightly outside the off-stump trying to make use of the rough. That was where he made the mistake. On this track, Jadeja's channel would have never got him wickets and that's precisely what has happened.

"Now what did O'Keefe bowl? He bowled on the middle and leg line and didn't try for big turn. The batsmen can't leave such deliveries. As a result, he got four lbw decisions. An orthodox left-arm spinner when he is getting 4 lbws means that he was bowling straight, knowing pitch will do the rest," said Azharuddin, who has 22 Test centuries along with 6000 plus runs.

"The Indians in their mind were all playing for the turn. It meant, O'Keefe read the pitch better than Jadeja. As far as Ashwin is concerned, 100 plus runs on this track is poor show," he said.

Azhar was full of praise for Steve Smith's performance. "I believe this was one of the best Test hundreds scored on a bad pitch. This is not something Aussies are used to.

Even if you do hours of match simulation, it's very different while playing a Test match. Smith didn't try and play for the turn. What he did was playing Jadeja's incoming deliveries not thinking it would turn. That was the trick," he said.

As far as the batting is concerned, Azhar blamed it on the lack of application and better performance from the Aussie spin duo of O'Keefe and Nathan Lyon compared to England.

"Against England on better tracks, they got one loose ball per over from guys like Adil Rashid and Moeen Ali. Here they didn't get loose deliveries. The application needed to be far better. I am not saying you could just come down the track and attack mindlessly. That doesn't happen always. But on a turner, you don't play for the turn. Indian batsmen erred exactly in that area," said Azharuddin.

The second match of the series will be played in Bengaluru from March 4.

Comments
Topics mentioned in this article
India Cricket Team Mohammad Azharuddin Australia Cricket Team Ishant Sharma Jayant Yadav Virat Kohli India vs Australia 2017 Cricket
Get the latest updates on IPL 2020, check out the IPL Schedule for 2020 and Indian Premier League (IPL) Cricket live score . Like us on Facebook or follow us on Twitter for more sports updates. You can also download the NDTV Cricket app for Android or iOS.