India vs Australia: Hosts Need To Bounce Back In Crucial 2nd Test In Bengaluru

Ind vs Aus 2017: Virat Kohli and his boys have quite a job at their hands when they take on Australia in the crucial 2nd Test in Bengaluru. 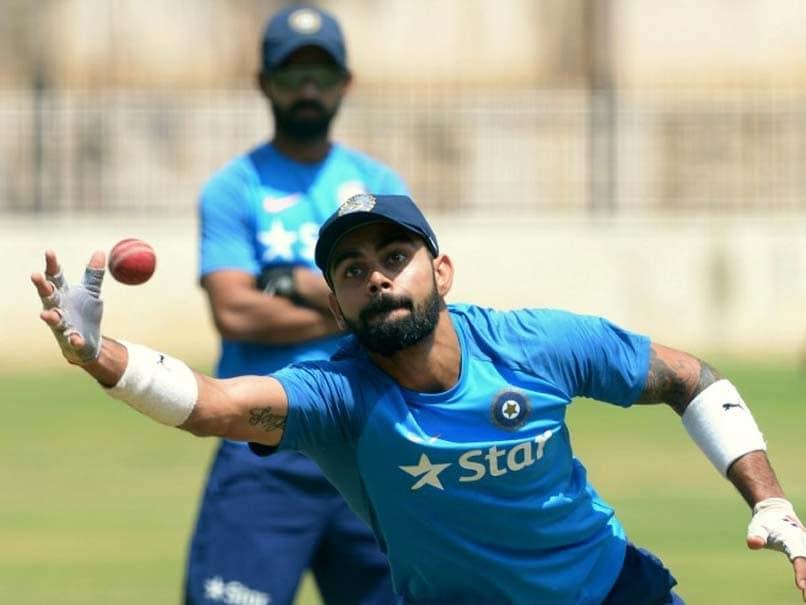 India need to bounce back in the vital 2nd Test with Australia at the Chinnaswamy Stadium in Bengaluru from Saturday, after having surrendered to a heavy 333-run defeat in the first match in Pune. With the unbeaten streak of 19 Test matches having come to a halt, India captain Virat Kohlifinds himself in an unfamiliar territory with the hosts trailing. The hosts would look prepare a pitch which lasts the distance, unlike the pitch in Pune, and would also be hoping that other things also fall into place for them.

As coach Anil Kumble said, it is time to move on from the Pune defeat. The Indian team would look to start on a fresh note in the second Test match. With Jayant Yadav failing to make a mark in the first Test, the hosts may try a different combination by bringing in the left-arm wrist spinner Kuldeep Yadav into the mix that will add that bit of variety in the attack with Ravichandran Ashwin and Ravindra Jadeja being the other two spinners. Ishant Sharma didn't have a great match in Pune and it will only make sense to give Bhuvneshwar Kumar a go in the upcoming Test match.

Australia will find themselves in a happy place, but come Saturday and it will be a new Test match. They will have to be at their very best to continue their winning momentum. With everything falling into place for the visitors, Aussies have announced the same team in Bengaluru as well. Steve O'Keefe and Nathan Lyon might not get as much purchase out of the Chinnaswamy track as they got in Pune but as the game progresses there will be enough there for the spinners to exploit, given the fact that it will be a dry surface that is waiting to greet the visitors again.

India need to get their act together and take all the catches that comes their way. Having dropped the Australia captain Steve Smith several times through the first Test, it will only add to India's pain if they continue to let the tourists off the hook.

Comments
Topics mentioned in this article
India Cricket Team Australia Cricket Team Virat Kohli Karun Nair Kuldeep Yadav Ajinkya Rahane Jayant Yadav India vs Australia 2017 Cricket
Get the latest updates on IPL 2021, check out the IPL 2021 Schedule and Indian Premier League Live Score . Like us on Facebook or follow us on Twitter for more sports updates. You can also download the NDTV Cricket app for Android or iOS.