The former Australia speedster, who is in India to promote his music campaign, spoke on the upcoming series between India and Australia and about his life post retirement as a musician and a father. 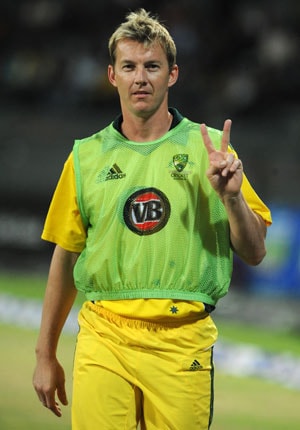 In his prime, he made life difficult for many a batsman. Now, in life after cricket, Brett Lee is enjoying having recently become a father and promoting his band in India.

In an exclusive interview to NDTV, Lee spoke on how life has changed after quitting cricket as he has more free time at his disposal.

"After retirement I get more time to do shopping, enjoy my music and fishing, things I could not do regularly while I was playing," he said.

He is happy how everything has turned out after the game and would want no part of it to change.

"It is the best thing in the world to be a father. I have got my music as well, I would not change any part of my life from the way it already is."

On the India-Australia series that begins with a T20 game in Rajkot on October 10, Lee was under no illusions about Australia's chances.

"Australia will have lack of experience with Michael Clarke missing, but it is the right move to rest him ahead of the Ashes. If they play the style of cricket they are expected to play then they will win," said an optimistic Lee.

Lee hopes to see a well-fought series and does not want any team to completely dominate the other.

"I want to see some competitive cricket, hope Australia get the momentum they need from the series but nobody wants to see India or Australia win one-sided."

When asked who his favourite batsman was, Lee had no hesitation in taking the name of the Master Blaster, Sachin Tendulkar. While he felt that the likes of Hashim Amla, Virat Kohli and Michael Clarke were on top of their game recently, for him Tendulkar is the best there is, there was and there will be.

"Amla is a legend, Kohli's achieved many things in a short span of time and Clarke has been playing well, but when one considers Sachin coming up to 200 Test matches, it's pretty tough to get past him."

Dale Steyn, in Lee's opinion is the best bowler around right now simply because of his fitness and consistency.

"The thing I like about Steyn is that he can stay without getting injured and that is a bonus for any captain," the fast bowler says with a smile.

A hard cricketer in his pride, Lee believes in winning, but feels that playing fair is just as important. For him, defeat is simply something to learn from on the way to victory.

"Losing is fine if you learn from it, it is important to play hard, but one must also play fair," he added.

Comments
Topics mentioned in this article
Cricket India Cricket Team Australia Cricket Team Sachin Ramesh Tendulkar Brett Lee India vs Australia 2013-14
Get the latest updates on ICC T20 Worldcup 2022 and CWG 2022 check out the Schedule, Live Score and Medals Tally. Like us on Facebook or follow us on Twitter for more sports updates. You can also download the NDTV Cricket app for Android or iOS.