The seven match ODI series begins at Pune and will be preceded by a Twenty20 International at Rajkot on Thursday. 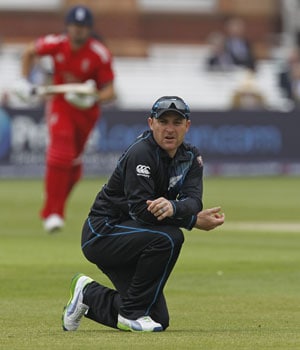 "In their own conditions, India are surely a formidable opposition. They are incredibly well led by MS Dhoni and have got some very successful players in their ranks. Australia are a better team than what the Ashes result showed. But I still think India will win at home," McCullum told IANS before leaving for Dhaka where he leads his team against Bangladesh.

"I think India are definitely better in the batting department. On the bowling front, both teams are fairly equal. I just don't see Australians getting enough runs on the board to win the series," the cricketer-turned commentator told IANS.

The seven match ODI series begins at Pune and will be preceded by a Twenty20 International at Rajkot on Thursday.

Comments
Topics mentioned in this article
Cricket Brendon McCullum Australia Cricket Team India Cricket Team India vs Australia 2013-14
Get the latest updates on ICC T20 Worldcup 2022 and CWG 2022 check out the Schedule, Live Score and Medals Tally. Like us on Facebook or follow us on Twitter for more sports updates. You can also download the NDTV Cricket app for Android or iOS.