Recovering from a hamstring injury, Australia captain Michael Clarke said he won't be playing in a tour-match against India despite being named in the squad. 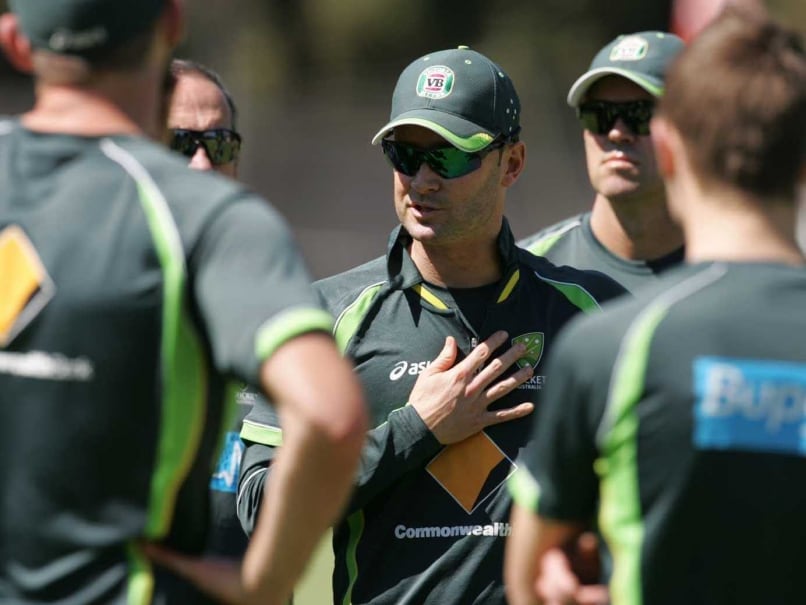 Michael Clarke is unsure if he will play India in the first Test which starts December 4.© AFP
Sydney:

Injured Australian skipper Michael Clarke said on Monday that he will miss a vital lead-up game, raising fresh doubts about his chances of playing in next month's first Test against India.

Clarke, who was named in a 12-man squad on Monday subject to a fitness test on his left hamstring, was selected to play for a Cricket Australia XI against the tourists in Adelaide on Friday.

Clarke later confirmed that he will not be playing in that match, placing his position in the Test squad in doubt.

"I've been pulled out of, or passed unfit to play the game in Adelaide," Clarke told reporters in Sydney.

"The medical team in the Australian cricket team have ruled me out of that game."

But he said he was hopeful of playing in a Sydney club game at the weekend to prove his fitness, if he was allowed to take part.

"I would hope with my experience that the selectors, my team-mates, Cricket Australia, will all respect my opinion," he said.

Clarke has been struggling to avoid missing his first home Test match after injuring the hamstring in the recent one-day series against South Africa in Perth. He also continues to undergo daily treatment for an ongoing back condition.

Chief selector Rod Marsh had earlier suggested that Wednesday was a deadline day for Clarke to get himself ready to play in the Adelaide match and if he played and recovered well, he would take his place in the Brisbane Test side.

No possible Test replacement has been named.

While the focus was on Clarke, uncapped New South Wales paceman Josh Hazlewood was rewarded with a call-up to the squad for his strong recent performances against South Africa in the one-day series.

Hazlewood, 23, captured nine wickets in the series against South Africa, which Australia won 4-1 on Sunday to return to the top of the International Cricket Council one-day rankings.

"Josh is a young player of great talent and he thoroughly deserves this opportunity," Marsh said.

"He has impressed in the recent one-day series and we are excited to see what he can produce if given the opportunity in Brisbane."

Veteran paceman Ryan Harris returns to the national squad following knee surgery and will play in this week's round of Sheffield Shield matches as part of his build up to the opening Test from December 4.

"If my knee doesn't feel right at all I will tell them (selectors), but I will do anything to play that first Test," Harris told reporters.

"I am not trying to unselect myself. But I am not going into it underdone. You can't afford to drag one bloke into a Test match."

Harris has told the selectors he needed one more shield match this week to be ready.

"I made it clear I wasn't happy with where I was at. It's perfect that I get another game," Harris said.

If Harris is fit, Hazlewood and Peter Siddle will battle for the final berth in the Test side, with offspinner Nathan Lyon expected to be retained.

Senior batsman Shane Watson returns to replace Glenn Maxwell at No.3, while left-armer Mitchell Starc has been squeezed out of Australia's pace attack.

Comments
Topics mentioned in this article
Australia Cricket Team India Cricket Team Michael Clarke Australia vs India 2011-12 Cricket
Get the latest updates on IPL 2021, IPL Points Table , IPL Schedule 2021 , live score . Like us on Facebook or follow us on Twitter for more sports updates. You can also download the NDTV Cricket app for Android or iOS.