India's former coach, has said that India "weren't really in Test cricket" on their tour to Australia, and that "Test cricket is pretty tough for them". 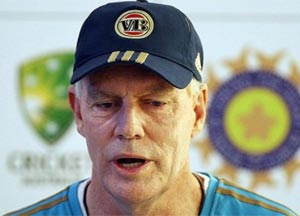 India's former coach, has said that India "weren't really in Test cricket" on their tour to Australia, and that "Test cricket is pretty tough for them". Chappell was speaking at a promotional event for his book, Fierce Focus, in Adelaide. It was an interaction full of endearing anecdotes about his playing days until a member of the audience - which might have been close to 200-strong - asked him about India's apparent disinterest in Test cricket, and how it might adversely affect Test cricket overall, considering how the BCCI controls cricket today.

"It was obvious from the start of the tour that the Indians weren't really interested in Test cricket," Chappell said. "After the Australians showed that they were going to be a formidable foe, I was very disappointed with the Indians. And having worked with many of them and having been in the dressing room with them, Test cricket was too hard for most of them. They can only make a lot of money playing 20-over cricket. Fifty-over cricket they can sort of put up with.

"Test cricket for a lot of, not only India, a lot of subcontinent teams, I think it's pretty tough. And the challenge for Test cricket is, without the sort of grounding that we [Australians] had as kids, Test cricket is too hard. It's very demanding mentally, physically and emotionally."

Malcolm Knox, Chappell's co-writer, then brought the discussion back to the book, and pointed out how Chappell had marked out Virender Sehwag's fitness and attitude and Zaheer Khan's fitness as key issues for India. "You can throw in attitude for Zaheer as well," Chappell interjected.

Chappell then spoke about what was wrong with the Indian culture. "The culture is very different, it's not a team culture," Chappell said. "They lack leaders in the team because they are not trained to be leaders. From an early age, their parents make all the decisions, their schoolteachers make their decisions, their cricket coaches make the decisions. 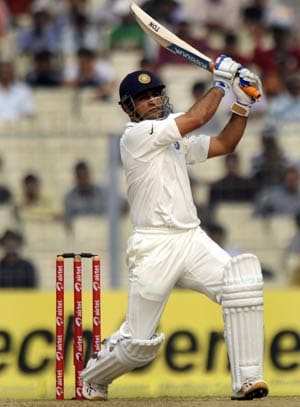 Chappell said MS Dhoni the Indian captain, was one exception to that rule, but even he seems to have lost to the system. When asked if any Indian captain, when on 329 not out himself, would have declared the innings, Chappell said: "If MS Dhoni would have ever got to 329 in a Test match, he probably would. Look, Dhoni is one of the most impressive young men that I have ever worked with. When he came into that Indian team, you just knew that he was a leader in the making. He was definitely someone who could make decisions, and he didn't mind putting his head above the parapet, and didn't mind putting the bigger players in their place. I think he is the best thing to have happened to Indian cricket in recent times.

"But looking at him on this tour - I didn't meet or speak to him at all - but just watching the body language and just watching him on the field, it wasn't the MS Dhoni that I knew. I think Indian cricket has worn him down as well. Especially captaining all three formats, and India plays about 50% more cricket than Australia does. And Dhoni played four years, captaining three years while being wicketkeeper and their key batman - one of the best chasers of a target that I've ever seen. Very confident, very un-Indian in that regard. There was no false modesty about him. If he thought he could do something, he would take responsibility and say 'I can do that.'"

Chappell also felt Sehwag's captaincy ambition hurt the Indian team. "Sehwag thought he should be captain after [Anil] Kumble, so there is a bit of a collision there," he said. "I think Dhoni is getting to a point where Test cricket is getting too hard for him, and the undercurrent around the dressing room cannot help."

Chappell said that Test cricket needed a strong India. "I think Australia and England will always look at Test cricket and try and preserve it," Chappell said. "South Africa to a lesser degree. Up until this summer I thought India as well. We probably had four major Test-playing countries, and the others would play Test cricket spasmodically.

"Because firstly most countries haven't got the critical mass of players to develop Test cricketers and most of them don't have the money. Cricket Australia probably spends in excess of 20 million dollars a year in development programmes, which includes first-class cricket - huge investment to develop a Test team. I am not sure many other countries have the will to do that. If the financial circumstances change for Australian cricket, it will be very tough for Australian cricket too.

"If of the three formats, one of them is under pressure, it's Test cricket. In ten years' time, it might look very different from the way it looks today. And for those who have grown up with Test cricket and hold it in high stead, we are going to probably be a little bit disappointed with the way it goes in the next few years."

Comments
Topics mentioned in this article
Sachin Ramesh Tendulkar Gregory Stephen Chappell Virender Sehwag Australia Cricket Team Suresh Raina Cricket India Cricket Team MS Dhoni Australia vs India 2011-12
Get the latest updates on India vs England Series, India vs England , live score and IPL 2021 Auction . Like us on Facebook or follow us on Twitter for more sports updates. You can also download the NDTV Cricket app for Android or iOS.