India may have lost in the final of the ICC Women's World Cup but social media hailed their brilliant run. 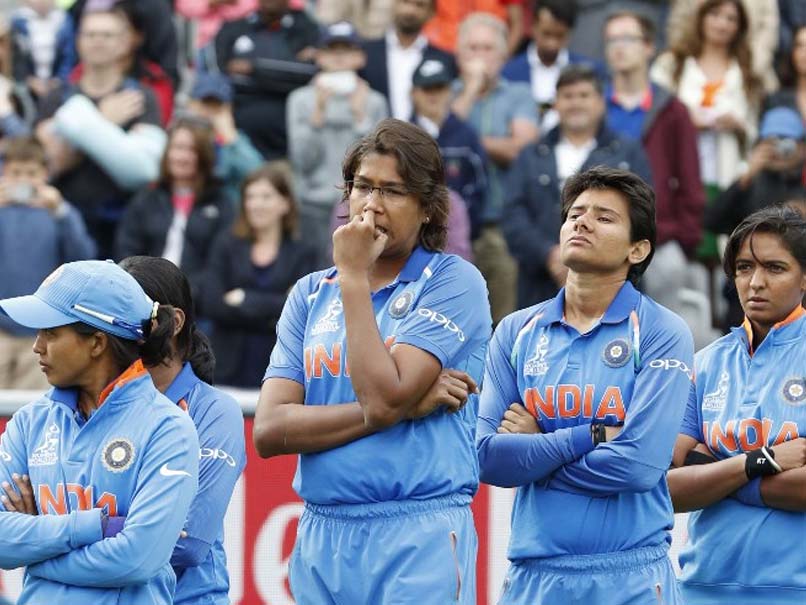 Everyone hailed the brilliant run by the Women In Blue in the ICC Women's World Cup.© AFP

The Indian women's cricket team came very close to winning their maiden World Cup but fell just short at Lord's on Sunday. When England's Anya Shrubsole dismissed Rajeshwari Gayakwad for a duck in the second last over of the final, India's World Cup dreams came to an end. However, Twitter hailed the valiant efforts of the team. Supportive messages poured in from all quarters - politicians, former cricketers, current players and fans. Everyone hailed the brilliant run by the Women In Blue in the tournament and their efforts in the final against England.

So near yet so far...The best ODI I've seen in a long long time. Thanks ladies. Congrats England. You held the nerve a little better. #WWC17

Super proud of the girls. Tough luck today but womens cricket in India has truly arrived. Thank you girls .Salute your spirit.#WWC17Final

Tough luck @BCCIWomen what a nail biting finish to the World Cup ! So proud of you all ,to come so far in the tournament .congrats England

Congrats England but so so proud of our girls for winning a billion hearts.
This will be a defining moment in women's cricket.#WWC17Final

Congratulations to the England Women's cricket team. Well played @BCCIWomen. The entire country is proud of you for playing great cricket!

This experience will make the girls better cricketers. They have shown others what is possible. At least 3 cricketers will emerge from this

Well played girls @BCCIWomen we are proud of your effort. Just couldn't get over the line but it was an amazing tournament.

Congratulations to the @englandcricket women's team on winning the #WWC17

India had restricted England to 228/7 but had started their chase losing two quick wickets. However, Punam Raut (86) and Harmanpreet Kaur (51) steadied the innings in the middle overs. Following Punam's departure, India succumbed to the pressure in a high-voltage final match and lost wickets at regular intervals.

Captain Mithali Raj and Jhulan Goswami, who had been part of the 2005 team that had reached the final, were hoping to reverse the results this time. But it didn't matter to the fans as they congratulated the team for having done so well in the tournament.

Comments
Topics mentioned in this article
India Women England Women Mithali Raj ICC Women's World Cup Cricket
Get the latest updates on India vs South Africa and check out  Schedule, Results and Live Score. Like us on Facebook or follow us on Twitter for more sports updates. You can also download the NDTV Cricket app for Android or iOS.