Captain Yash Dhull's century could not have come at a better time as after the Under-19 World Cup the IPL auctions are going to take place where these players will be up for grabs by the franchises. 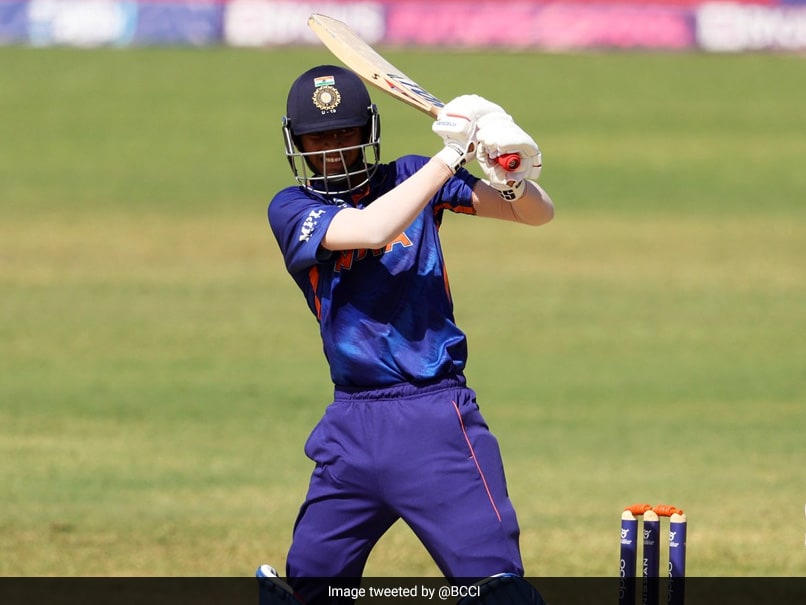 Yash Dhull has led the Indian Under-19 team to the final leading to an example by scoring a century. India's unbeaten run makes them in this edition of the World Cup as the tournament favourite. India's Under-19 team will now face England in the final and the entire nation is expecting them to make it to win the World Cup.

"Definitely the World Cup will come to India as the team is performing so well then they deserve it. There is no doubt that the other team has also performed well to get there and the aim is only one. The entire nation is expecting them to do well and why not after all they are doing so well." said Yash Dhull's father Vijay Dhull while speaking to ANI.

Not only Yash Dhull's batting but his captaincy is also appreciated as he is on the verge of creating history which the likes of Mohammed Kaif, Virat Kohli, Unmukt Chand and Prithvi Shaw did for India in the Under-19 WC.

"Yash's cricketing mind is very sharp and he takes things very seriously. He picks up very quickly on what batters will do during such a situation. Which bowler should be put against which batter. He also makes quick changes. Once I asked him what you do then he told me that he keeps an eye on what batter is doing and where he is making a mistake and then accordingly which bowler will be able to bowl him better. His main focus is over there." explained his father Vijay Dhull to ANI.

India is the most successful country winning in the ICC Under-19 World Cup-winning it a record four times but all of that is not bothering Indian colts one bit.

India missed out on winning the World Cup in the previous edition in 2020 by a whisker losing in the final to Bangladesh and ending up as runners-up. Therefore, this time the expectation is even higher to make it a record fifth.

"Definitely the entire country is expecting from the entire team and Virat Kohli and others are our national heroes who have achieved so much. So, we all are hopeful and why not, after all, every player is doing well," told Yash Dhull's father to ANI.

When Yash Dhull reached the triple-figure mark against Australia the entire stadium applauded him and so did the former India cricketing legend VVS Laxman who being an NCA Head has travelled with the team to the Caribbean.

"VVS Laxman is a role model of these players and his presence means that the unwanted pressure on the boys is taken care of. A player's of Laxman's calibre in the dressing room keeps your mind cool and confidence also builds. When he backs any player then imagine how much it will boost the confidence of any player." said Vijay Dhull on VVS Laxman's presence in Antigua.

Captain Yash Dhull's century could not have come at a better time as after the Under-19 World Cup the IPL auctions are going to take place where these players will be up for grabs by the franchises.

"It is good that the IPL auctions are happening at a later date because it is a growing stage of the boys and if they get a better platform at this age then it augurs better for their future. I think it is a good thing. What is more important is the fact that he should get picked. There are ten teams and all of them are good. All the international level cricketers are performing so getting picked up is more important rest where he is picked up by which side I have no idea about." told Vijay Dhull to ANI.

Yash Dhull with his 110-run knock became the third India captain to score a century in the Under-19 World Cup joining the list of Virat Kohli in 2008 and Unmukt Chand in 2012.

"He said Virat Kohli is his favourite and it will be great if he plays with him in his franchise and his calmness is like Dhoni. So, if you get to play with big players then you get to learn a lot," said Vijay Dhull to ANI.

The Indian Under-19 team under the inspired leadership of Yash Dhull is all set to face England in the final which means they are just one win away from winning their country the Under-19 World Cup for the record fifth time.

England U19 Yash Dhull ICC Under 19 World Cup 2022 Cricket
Get the latest updates on IPL Auction 2023 and check out  IPL 2023 and Live Cricket Score. Like us on Facebook or follow us on Twitter for more sports updates. You can also download the NDTV Cricket app for Android or iOS.