T20 World Cup: Bangladesh's Shakib Al Hasan has surpassed Shahid Afridi in the list of the highest wicket-takers in the T20 World Cup. 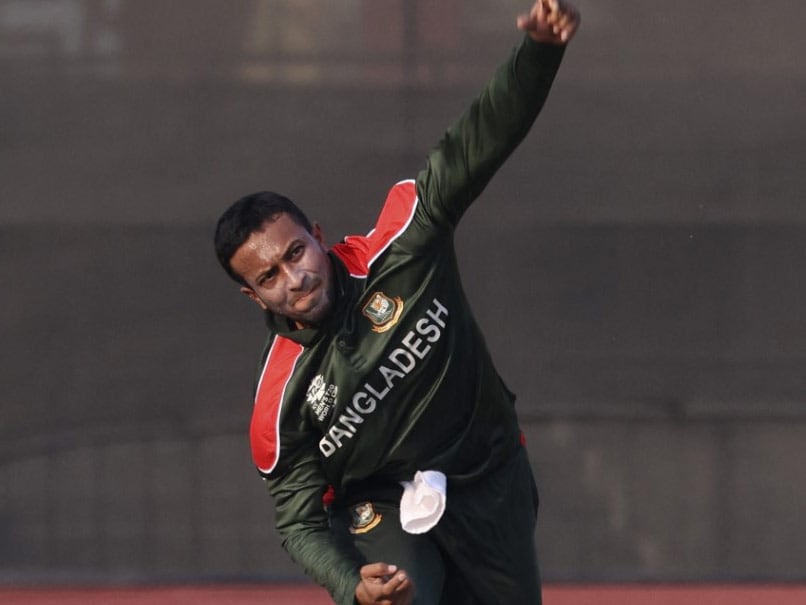 Shakib has picked 11 wickets and scored 108 runs in the ongoing T20 World Cup in the UAE and Oman. He is leading the wicket-takers' tally and is third in the list of highest run-scorers.

In the list of leading wicket-takers in the T20 World Cup, no active cricketer has taken more than 25 wickets. West Indies all-rounder Dwayne Bravo is in ninth spot with his 25 wickets while former Pakistan all-rounder Shahid Afridi (39) is second and Sri Lanka's pace great Lasith Malinga (38) third.

The 34-year-old is also the current highest wicket-taker in T20 internationals, followed by Malinga (107), Tim Southee (99) and Shahid Afridi (99). He has 117 wickets to his name in 92 T20I matches for Bangladesh. Unfortunately, Shakib's efforts went in vain as Sri Lanka won the game on Sunday by five wickets.

Chasing a target of 172 runs, Sri Lanka won the game with seven balls to spare. Charith Asalanka smashed 80 off just 49 balls while Bhanuka Rajpaksha chipped in with a crucial 31-ball 53.

Shahid Afridi ICC T20 World Cup 2021 Sri Lanka vs Bangladesh, Super 12 - Match 15 Cricket
Get the latest updates on IND vs NZ 2021, check out the Schedule and Live Score . Like us on Facebook or follow us on Twitter for more sports updates. You can also download the NDTV Cricket app for Android or iOS.