The International Cricket Council on Thursday announced the appointment of 20 match officials for round one and Super 12 phase of the upcoming men's T20 World Cup, with Nitin Menon being the lone Indian named among the umpires. 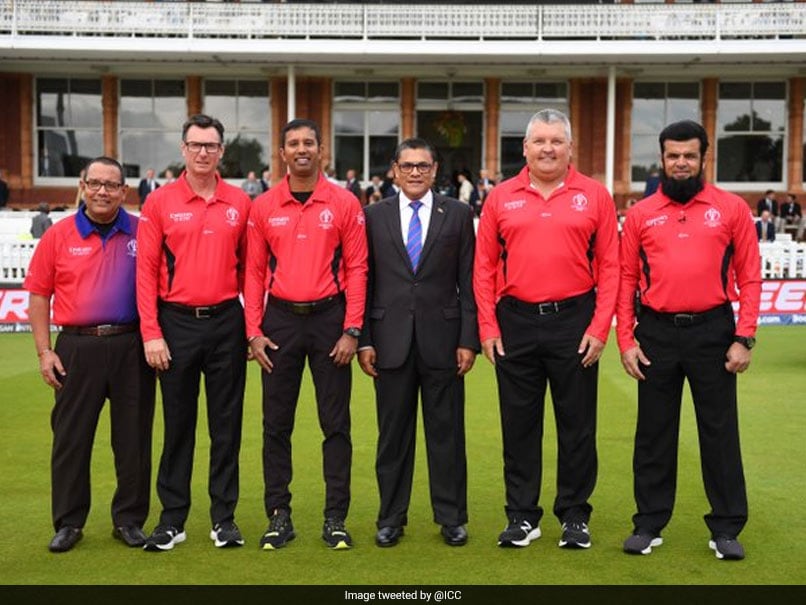 The International Cricket Council on Thursday announced the appointment of 20 match officials for round one and Super 12 phase of the upcoming men's T20 World Cup, with Nitin Menon being the lone Indian named among the umpires. Seasoned South African umpire Marais Erasmus and England's Chris Gaffaney will be the two on-field umpires for the high-profile India versus Pakistan game on October 24 while Richard Illingworth will be the TV official. David Boon will be the match referee. The 16 umpires and four match referees finalised for the 45-match tournament include three umpires who will be officiating in their sixth men's T20 World Cups -- Aleem Dar, Erasmus and Rod Tucker.

Former India pacer Javagal Srinath is one of the four match referees named for the tournament, being played in Muscat (Oman), Abu Dhabi, Sharjah and Dubai (UAE) from October 17 to November 14.

The match officials for the semi-finals and final of the tournament in the UAE and Oman will be named in due course.

The ICC said a 20-strong group of match officials meant that for the first time since the beginning of the COVID-19 pandemic, there will be neutral umpires for all matches of the tournament, Sri Lanka's Kumar Dharmasena, who was one of the on-field umpires for the final of the ICC Men's Cricket World Cup 2019, will be in the middle for the first match of the tournament, when Oman take on Papua New Guinea, alongside New Zealander Chris Gaffaney.

Another Sri Lankan, the vastly experienced Ranjan Madugalle, will be the match referee, with Richard Kettleborough the TV umpire and Ahsan Raza the fourth official.

Adrian Griffith, ICC Senior Manager - Umpires and Referees, said: "We are delighted to be able to call on some of the world's top officials for the ICC Men's T20 World Cup with a group of 16 umpires and four match referees.

"Our aim is always to appoint the best possible officials, and we have also been able to appoint neutral umpires and referees in all matches. We wish them all the very best, and we are confident they will ensure the smooth conduct of matches."

Comments
Topics mentioned in this article
ICC T20 World Cup 2021 Cricket
Get the latest updates on ICC Women's Cricket World Cup 2022 and IPL 2022, check out the Schedule , Live Score and IPL Points Table. Like us on Facebook or follow us on Twitter for more sports updates. You can also download the NDTV Cricket app for Android or iOS.