T20 World Cup: Jos Buttler struck a six off the final ball of the England innings to reach his maiden T20I hundred. He scored an unbeaten 101 off just 67 balls as England registered their fourth consecutive win in the ongoing tournament. 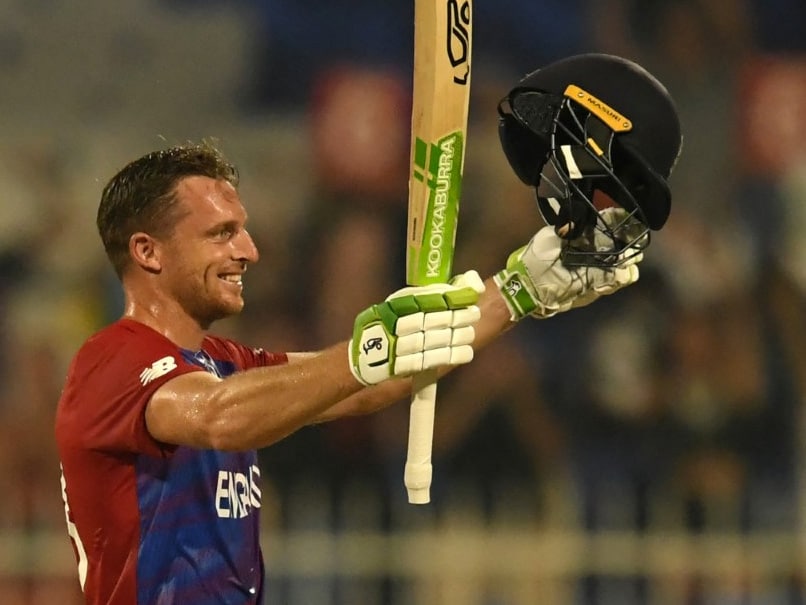 Jos Buttler put on a batting masterclass as he guided England to a 26-run win over Sri Lanka in a Group 1 fixture of the ongoing T20 World Cup in Sharjah. Buttler scored an unbeaten 101 off just 67 balls as England registered their fourth consecutive win of the ongoing tournament. Interestingly, he struck a six off the final ball of the England innings to complete his maiden T20I hundred. With his knock against Sri Lanka, Buttler overtook Eoin Morgan as the fastest Englishman to score 2000 runs in T20Is. It took him just 77 innings to achieve the feat, while Morgan had reached the landmark in 84 innings.

For the record, Buttler is the only England player to score centuries in international cricket in all three formats. He also became the second Englishman to score a century in T20 World Cups after Alex Hales' 116 not out, also against Sri Lanka, in 2014.

This was Jos Buttler's second ton in T20 cricket this year, having smashed a hundred in the first half of IPL 2021 for Rajasthan Royals against SunRisers Hyderabad at the Arun Jaitley Stadium in Delhi.

Buttler led the charge once again after England's top-order had crumbled against a well-drilled Sri Lanka bowling line-up.

With England reeling at 35/3, Buttler and Eoin Morgan added 112 runs for the fourth wicket before the latter was castled for 40 (36) by Wanindu Hasaranga.

Buttler's exploits helped England post a target of 163/4. In reply, Sri Lanka were bowled out for 139 as Moeen Ali, Adil Rashid and Chris Jordan took two wickets each.

With four wins from four games, England sit at the top of Group 1 ahead of second-placed South Africa, ahead of their encounter on Saturday, November 6.

Eoin Morgan ICC T20 World Cup 2021 Cricket
Get the latest updates on ICC T20 Worldcup 2022, check out the Schedule and Live Score. Like us on Facebook or follow us on Twitter for more sports updates. You can also download the NDTV Cricket app for Android or iOS.