T20 World Cup 2021: Ahead of the much-awaited India vs Pakistan match, VVS Laxman predicted India's batting order and there were some shocking exclusions. 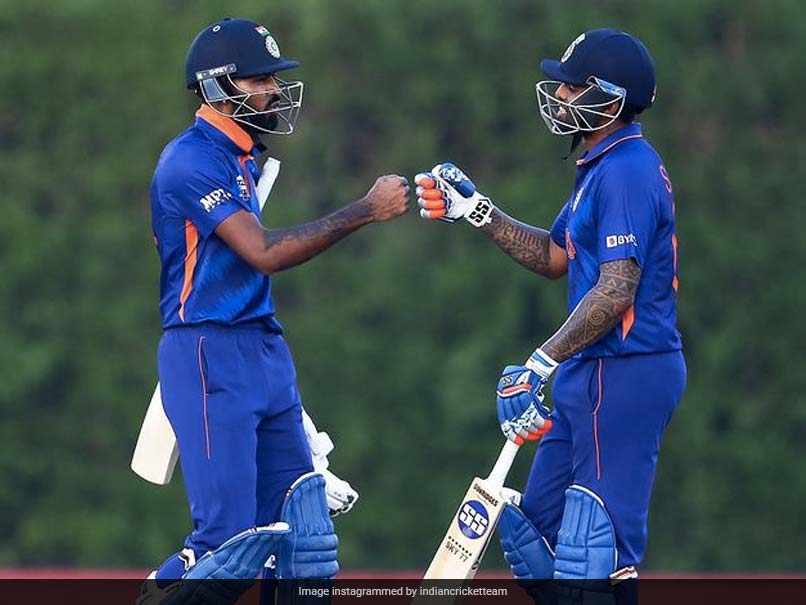 VVS Laxman included Hardik Pandya and Suryakumar Yadav in his XI for the Pakistan match.© Instagram

With Team India set to open their T20 World Cup 2021 campaign on Sunday, many fans have been left wondering about Virat Kohli's preferred playing XI for the tournament. Former cricketer VVS Laxman decided to give his own predicted line-up for Kohli's team and gave the usual names with a few surprises. Speaking on Star Sports, the Test cricket legend didn't include Ishan Kishan in his batting order and also skipped bowling all-rounder Shardul Thakur. "They are spoilt for choices. But I will go with Rohit Sharma, KL Rahul to open. No. 3 will be Virat Kohli, No. 4 will be Suryakumar Yadav, No. 5 Rishabh Pant, No. 6 Hardik Pandya, No. 7 will be Ravindra Jadeja, No. 8 will be Bhuvneshwar Kumar, No. 9 will be Bumrah", Laxman said.

"No. 10 and No. 11 will be two spinners, Varun Chakaravarthy and Rahul Chahar", he continued.

Justifying his line-up, Laxman explained that the top seven in the order would be able to score plenty of runs.

"It's a long tail but I will back the top seven to get the bulk of the runs", he stated.

For their first match, India face Pakistan on Sunday at the Dubai International Stadium. They have already played a warm-up game against England, winning by seven wickets.

Chasing a target of 189, India reached 192 for three in 19 overs. Openers KL Rahul and Ishan Kishan were in brilliant form. Rahul smashed 51 off 24 deliveries and Kishan retired after playing a knock of 70 runs off 46 balls.

Kohli, who batted at No.3, could only muster 11 off 13 deliveries. Meanwhile, Pant was unbeaten at No. 4 after registering 29 off 14 balls.

Suryakumar Yadav, who batted at No. 5, could only bag eight in nine balls and Hardik Pandya remained unbeaten at No. 6 after hitting 12 off 10 balls.

Rohit Sharma ICC T20 World Cup 2021 India vs Pakistan, Super 12 - Match 16 Cricket
Get the latest updates on SA vs IND 2021-22, check out the Schedule and Live Score . Like us on Facebook or follow us on Twitter for more sports updates. You can also download the NDTV Cricket app for Android or iOS.