T20 World Cup 2021: English umpire Michael Gough was on Wednesday withdrawn from the ongoing T20 World Cup by the ICC after he breached the tournament's bio bubble a a few days ago. 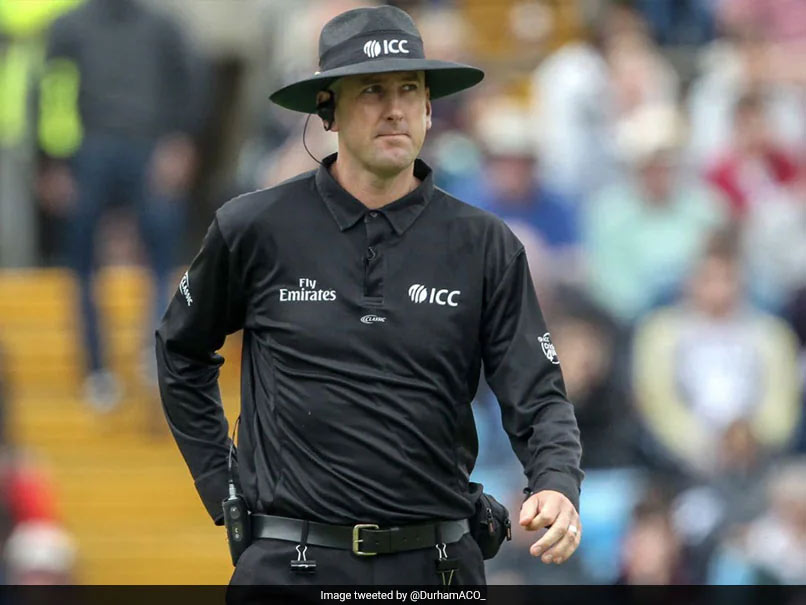 English umpire Michael Gough was on Wednesday withdrawn from the ongoing T20 World Cup by the ICC after he breached the tournament's bio bubble a a few days ago. The 41-year-old was placed in six day isolation after he left his hotel without permission on Friday last week to meet with people outside the tournament's bubble. "...umpire Michael Gough will not be appointed to any further matches during the ICC Men's T20 World Cup 2021 following a breach of the bio-security protocols," the ICC said in a statement.

"The ICC recognises the extended periods he has spent in bio-secure conditions over the past two years and will continue to support the wellbeing of all match officials operating in this environment," it added.

Gough was to officiate in last Sunday's game between India and New Zealand in Dubai but was withdrawn following his breach and was replaced by South Africa's Marais Erasmus.

A former Durham batsman, Gough is regarded as one of the best umpires in international cricket currently. He was being tested every alternate day during his isolation.

Comments
Topics mentioned in this article
ICC T20 World Cup 2021 Cricket
Get the latest updates on ICC T20 Worldcup 2022 and CWG 2022 check out the Schedule, Live Score and Medals Tally. Like us on Facebook or follow us on Twitter for more sports updates. You can also download the NDTV Cricket app for Android or iOS.