T20 World Cup 2021: Pakistan willtake on New Zealand in the T20 World Cup in Sharjahon Tuesday, looking to build on the historic high of beating arch-rivals India in their tournament-opener. 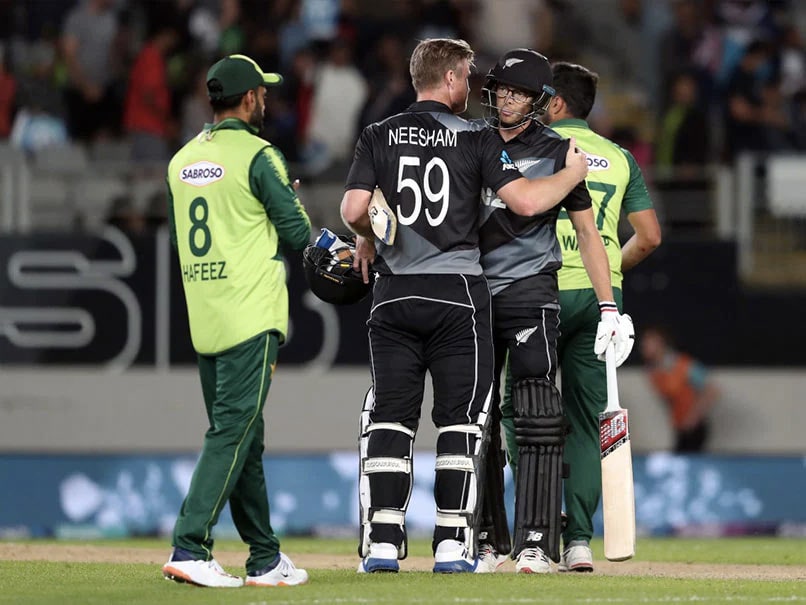 Pakistan will take on New Zealand in the T20 World Cup in Sharjah on Tuesday, looking to build on the historic high of beating arch-rivals India in their tournament-opener. For a lot of Pakistani fans, the team may have already won the World Cup by ending its 29-year-old World Cup jinx against India but the Babar Azam-led team has already shown the hunger for going all the way. After the 10-wicket rout of India, Pakistan are fully capable of doing a Pakistan and self-destructing against the Black Caps, something that Babar discussed with his players in the dressing room after the win on Sunday night.

"We have not just come here to win against India, we have come here to win the World Cup, always remember that," Babar said after the match, fully aware that excess celebrations would only disturb focus.

Former Pakistan captains too have cautioned the players against extended celebrations as the team needs to do a lot more to make the semifinals.

Babar's team would be eyeing another big scalp in New Zealand, the team which recently withdrew from a scheduled series against Pakistan after landing there, citing a security threat which, according to the host country, did not exist.

The pullout hampered Pakistan's World Cup preparations which took a further hit with England too withdrawing from the tour.

Babar had hardly minced words in criticising the two sides saying that his country has "always tried to accommodate the interests of the game but others simply don't."

Tuesday's game is being perceived by Pakistan's cricket community as an opportunity for the team to extract revenge for the damage that New Zealand caused by going back without playing.

Despite a difficult month, which also saw changes in the Pakistan Cricket Board (PCB) administration, the team seemed like a well-oiled machine against India, not putting a foot wrong in a performance that was stunning to many.

Their batting, though not yet tested fully, seems to have the firepower with Babar and Mohammad Rizwan doing a sensational job at the top.

With seasoned pros like Fakhar Zaman, Mohammad Hazeef and Shoaib Malik making the middle order, it is safe to assume that New Zealand's bowlers have a task at hand.

They also have a lot of options in the bowling department, be it pace or spin. Pakistan used seven bowlers against India and veteran Malik wasn't even one of them. He didn't need to be used as the spin troika of Imad Wasim, Shadab Khan and Hafeez kept things tight.

Shaheen Shah Afridi was sensational with the new ball and New Zealand openers will have to watch out for his fast in-swinging yorkers.

Haris Rauf, another pacer who bowls in the range of 145-150kmph, showed he will be difficult to hit in the death overs.

New Zealand have not had the best of build-ups to their campaign, having lost to Australia and England in the warm-ups.

One of their main concerns is the fitness of skipper Kane Williamson, who is battling with elbow pain for a while now and head coach Gary Stead said the injury had flared up a bit in the game against Australia. Williamson did not bat against England.

The Black Caps have a world-class bowing attack but their batters need to step up. Despite the many concerns, they have a consistent record in ICC events and one can't rule them out for a place in the final four.

As the Sri Lanka-Bangladesh match suggested, the Sharjah pitch is changing its slow and low nature which was seen in the IPL and one can expect a good batting surface for game on Tuesday evening.

Kane Williamson ICC T20 World Cup 2021 Cricket Pakistan vs New Zealand, Super 12 - Match 19
Get the latest updates on IND vs NZ 2021, check out the Schedule and Live Score . Like us on Facebook or follow us on Twitter for more sports updates. You can also download the NDTV Cricket app for Android or iOS.