T20 World Cup 2021: Main Thing For Me Was To Stay Calm, Says Australia's Marcus Stoinis After Win vs South Africa

T20 World Cup 2021: Australian all-rounder Marcus Stoinis revealed the key to getting his side over the line in a nervy Super 12 run chase against South Africa in the ongoing T20 World Cup was keeping his cool under pressure. 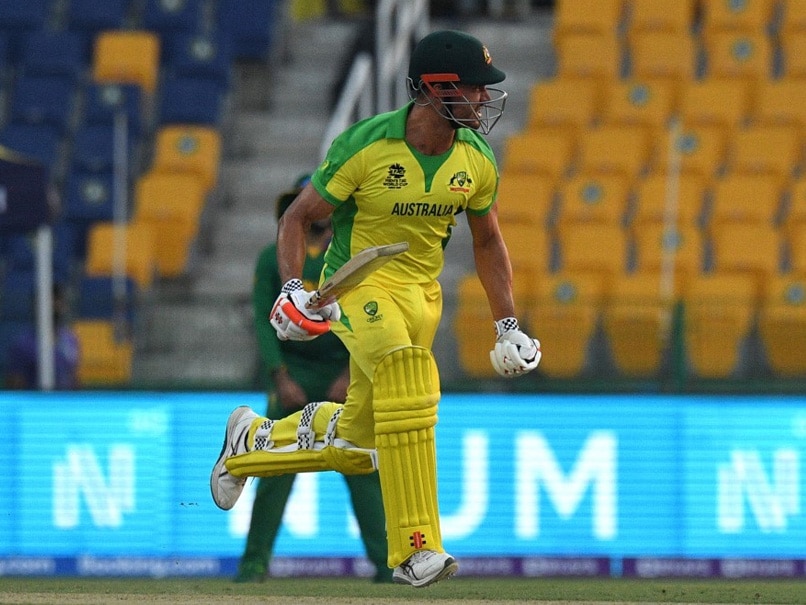 Australian all-rounder Marcus Stoinis revealed the key to getting his side over the line in a nervy Super 12 run chase against South Africa in the ongoing T20 World Cup was keeping his cool under pressure. Stoinis scored 24 from just 16 deliveries and formed a crucial unbeaten partnership of 40 with Matthew Wade in the final 26 balls to see Australia home with five wickets and two deliveries to spare in pursuit of South Africa's 118 for nine. "The main thing for me there was trying to stay as calm as I can and for a Greek-Australian, that's pretty hard," ICC quoted Stoinis as saying.

"You saw a bit of emotion come out towards the end, but the main thing is Wadey and I were just communicating, trying to sort out who was going to bowl each over and making a plan and then staying calm from there," he added.

Australia had slipped to 38 for three in reply at the Sheikh Zayed Cricket Stadium in Abu Dhabi before Steve Smith and Glen Maxwell navigated the middle overs with a partnership of 42.

Both departed in the space of three balls but Stoinis and wicket-keeper Wade kept level heads to get the runs required but the former admitted it was not always easy going out in the middle.

"It is what we expected to an extent but it was quite hard to get under the ball because it was skidding on quite a bit and wasn't too quick," said Stoinis.

"I guess partnerships are the key, building partnerships and getting used to the conditions while you are out there. It's one thing having a plan but you've also got to work things out on the fly while you are out there. We saw through the IPL the scores weren't as high as they have been in the past and that might be a trend that we see through the World Cup," he added.

The Australian all-rounder insisted it was important for his side to get up and running in the ICC Men's T20 World Cup 2021 with a win to set the tone for the campaign.

"I think it's important to start tournaments like this on the right foot, it's obvious you want to win but in these short tournaments, no matter how you win, it's always a better feeling when you wake up the next morning. Hopefully, it's a good sign for things ahead," said Stoinis.

Josh Hazlewood was the pick of the bowlers for Justin Langer's side as Australia picked up wickets at regular intervals to limit South Africa's progress despite the best efforts of Aiden Markram, who made 40 from 36 balls.

Marcus Stoinis ICC T20 World Cup 2021 Cricket Australia vs South Africa, Super 12 - Match 13
Get the latest updates on Fifa Worldcup 2022 and check out  Fifa World Cup Schedule, Stats and Live Cricket Score. Like us on Facebook or follow us on Twitter for more sports updates. You can also download the NDTV Cricket app for Android or iOS.