India captain Virat Kohli mesmerised Ishan Kishan and Shreyas Iyer with his batting during a nets session at the ongoing 2021 T20 World Cup. 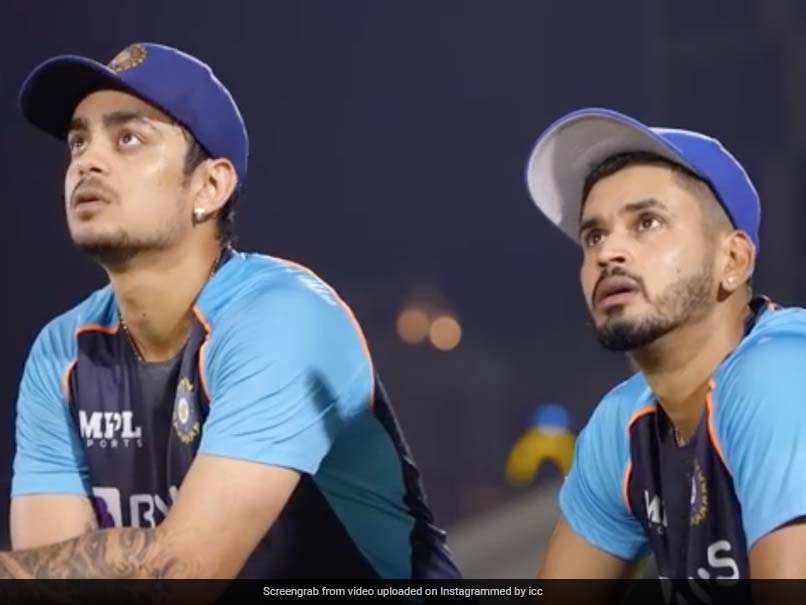 India captain Virat Kohli mesmerised his teammates Ishan Kishan and Shreyas Iyer as he stroked his way to some spell-binding shots during a nets session in the ongoing T20 World Cup 2021. In a video posted by the International Cricket Council (ICC), Kohli looked to be in inspired form which was reflected in his shot-making. While the skipper middled almost every ball that was thrown at him, Shreyas and Ishan looked speechless and even applauded between back-to-back throwdowns. Ishan was also seen shadow practicing Kohli's shots.

The video by the ICC was captioned: "Kishan and Iyer left in awe of Kohli's brilliance. Shot. @ishankishan23 and @shreyas41 were left short of words watching @virat.kohli in all his glory in the nets. #T20WorldCup."

Virat Kohli scored 57 runs in 49 balls and was the highest scorer for his team in the disastrous 10-wicket loss to arch-rivals Pakistan in Dubai on October 24.

Although both Shreyas and Kishan didn't feature in the game, some tough decisions could be made by the team management going into the second game against New Zealand on October 31.

New Zealand, on the other hand, also suffered a five-wicket defeat at the hands of Pakistan, which now puts the group in an interesting position,

A win is what Kolhi and company will be aiming at. However, India failing to take even a single Pakistan wicket put a lot of question marks over their bowling attack. And with Hardik Pandya suffering an injury, India could look at their bench for options.

Virat Kohli Ishan Kishan Shreyas Iyer Cricket
Get the latest updates on ICC T20 Worldcup 2022 and CWG 2022 check out the Schedule, Live Score and Medals Tally. Like us on Facebook or follow us on Twitter for more sports updates. You can also download the NDTV Cricket app for Android or iOS.