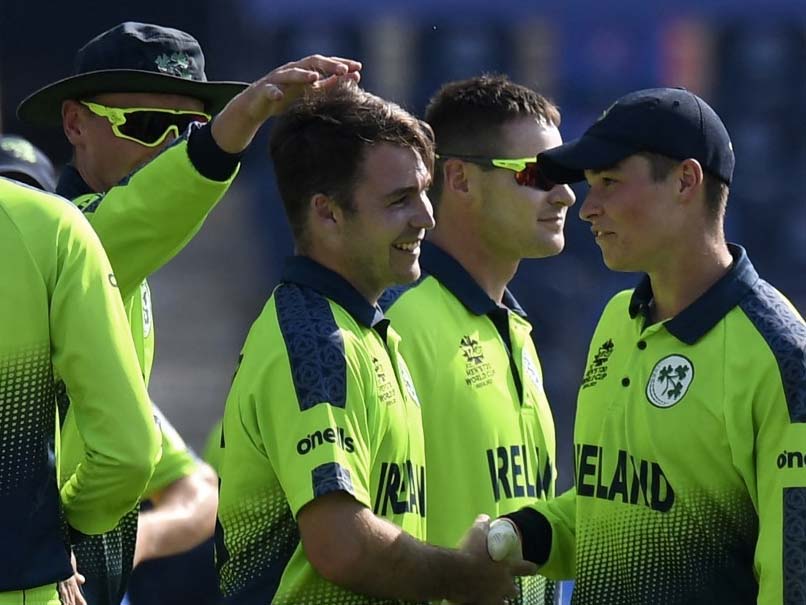 Johannesburg-born seamer Curtis Campher became only the third bowler to claim four wickets in four balls in T20Is as Ireland beat Netherlands by seven wickets in their first-round Group A T20 World Cup match on Monday. Thanks to Campher's exploits with the white ball, Ireland bundled out Netherlands for 106 after the Dutch had decided to bat. Ireland chased down the target with as many as 29 balls to spare at the Sheikh Zayed Stadium. Gareth Delany (44) and Paul Stirling (30 not out) were the significant contributors with the bat for the Irish team that had lost its T20 World Cup games to the same opponents in 2014 and 2016.

Earlier, bowling the 10th over of the Netherlands innings, the 22-year-old Campher left the Netherlands innings in disarray when he dismissed Colin Ackermann, Ryan ten Doeschate, Scott Edwards and Roelof van der Merwe off successive balls. He was bowling his second over for the day, having gone for 12 runs first up. Ackermann was out caught behind on review, having played an attempted pull off a shortish ball that seemed to be going down leg.

The seasoned Ten Doeschate, best remembered for his incredible century against England in the 2011 World Cup, was out for a duck, trapped in front by a full and straight one. Edwards too fell lbw as DRS (decision review system) tracked the ball hitting the leg stump.

For his final wicket, van der Merwe played on to his stumps a widish delivery, leaving the Irish camp in a state of frenzy. Netherlands were in all sorts of trouble at 51 for six after Campher's multiple blows but opener Max O'Dowd (51) battled on amid the slide at the other end. During his 51-ball knock, O'Dowd hit seven boundaries.

The day, however, belonged to Campher who had started poorly in his spell, got a lucky breakthrough down the leg side before claiming his hat-trick, only the second player after former Australia speedster Brett Lee to achieve the feat in a T20 World Cup.

In the next ball, Campher did what only two people could do before him in T20 international cricket before him, joining Lasith Malinga and Rashid Khan to take four wickets in successive balls.

Campher, who finished with figures of 4/26 from his quota of four overs, left his native South Africa in early 2020 to play for the Irish national team, a move that benefitted his adopted country immensely on the second day of the showpiece.

Pacer Mark Adair (3/9 in 4 overs), too, returned excellent figures as the Netherlands lost three wickets in the last three balls of the innings.

Netherlands Ireland vs Netherlands, Match 3 ICC T20 World Cup 2021 Cricket
Get the latest updates on Fifa Worldcup 2022 and check out  Fifa World Cup Schedule, Stats and Live Cricket Score. Like us on Facebook or follow us on Twitter for more sports updates. You can also download the NDTV Cricket app for Android or iOS.