Hardik Pandya said that he is looking forward to bowling in the later stages of the ongoing T20 World Cup. 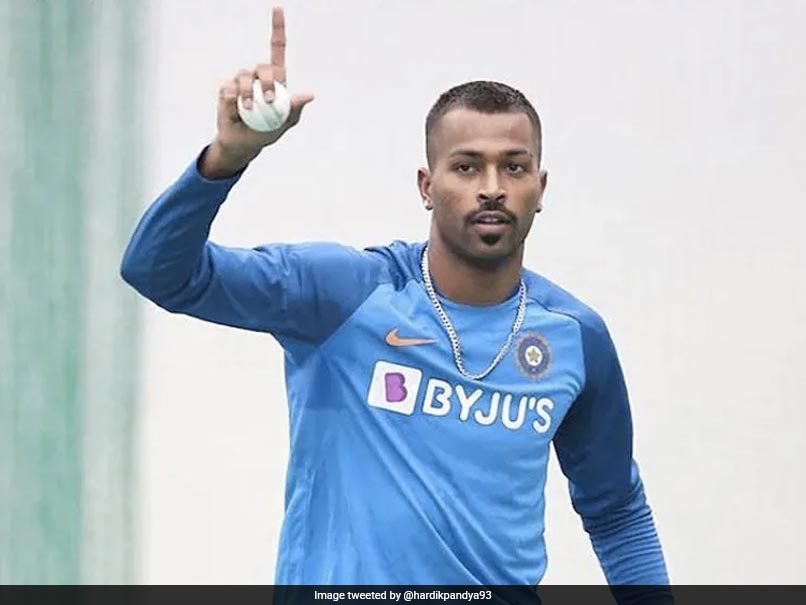 Team India all-rounder Hardik Pandya, on Sunday, said that he is looking forward to bowling in the later stages of the ongoing T20 World Cup. India skipper Virat Kohli on Saturday said Hardik will be able to bowl two overs for the side in the showpiece event at some stage. Hardik also said his back is fine but he won't be bowling as of now and will take a call along with the "professionals" about when he can eventually bowl. "I don't like to get too hyped by the situation, and my family makes sure of that too. I stay away from social media because you do get excited and get the vibes. It's simple, and we leave emotions out of the way and keep things professional," Hardik told host broadcaster Star Sports ahead of the toss.

"We make sure we tick the right boxes, and do the processes right. The back is fine. It was jittery, but I won't be bowling for now. I want to be able to bowl eventually, closer to the knockouts. The professionals and I both have to take the call about when I can have a bowl," he added.

Hardik Pandya did not bowl a single over for the Mumbai Indians in the UAE leg of the Indian Premier League (IPL) and he also did not bowl in the warm-up fixtures against England and Australia, last week.

Meanwhile, Pakistan won the toss against India and opted to field first. The four players who are not in the playing XI for India are -- Rahul Chahar, Ishan Kishan, Ravichandran Ashwin and Shardul Thakur.

Virat Kohli ICC T20 World Cup 2021 Cricket
Get the latest updates on SA vs IND 2021-22, check out the Schedule and Live Score . Like us on Facebook or follow us on Twitter for more sports updates. You can also download the NDTV Cricket app for Android or iOS.