T20 World Cup: The loss to New Zealand means that India will now have to rely on other results going their way in Group 2, if they are to have any chance of progressing to the semi-finals. 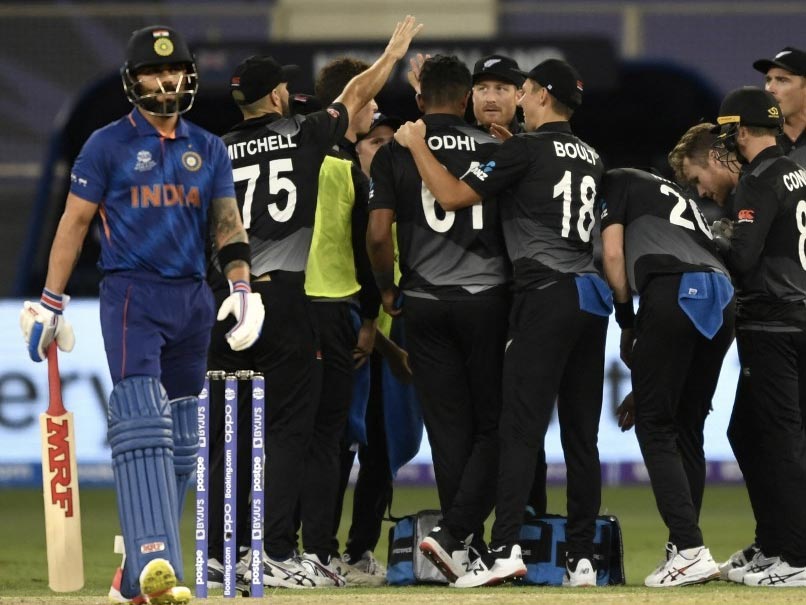 India suffered a second straight defeat in the ongoing T20 World Cup, losing to New Zealand by eight wickets in Dubai on Sunday. The loss means that India will now have to rely on other results going their way in Group 2, if they are to have any chance of progressing to the semi-finals. After a poor outing against Pakistan, the Indian team once again failed to live up to expectations, being comprehensively outplayed by Kane Williamson's side. Former Pakistan pacer Shoaib Akhtar said that the Indian team "looked clueless" in the match against the Blackcaps.

The former Pakistan cricketer, in a video posted on Twitter, said that apart from Jasprit Bumrah, the Indian bowling is "ordinary".

"Why did they send Ishan Kishan. Hardik Pandya bowled towards the end, should have been brought on earlier. I couldn't understand what gameplan India played with -- have no idea whatsoever. It was a complete lost squad. No planning, everyone pressed the panic button. Virat Kohli and Rohit Sharma did not bat in their usual positions. A new kid (Ishan Kishan) was brought in.

India looked a very ordinary team to me. Aside from Bumrah, Varun (Chakaravarthy) is ok, rest of the bowlers looked very ordinary," Shoaib Akhtar said in a video he posted on Twitter.

India started cautiously with Ishan Kishan and KL Rahul seeing off the first couple of overs. But in his bid to press on the accelerator, Ishan Kishan perished.

KL Rahul too fell in the same vein, going after a short-ball from Tim Southee, only to be caught in the deep.

With runs hard to come by, Rohit Sharma and Virat Kohli too decided to up the ante but both fell in quick succession. In the end, India huffed and puffed their way to 110 for seven with Ravindra Jadeja remaining unbeaten on 26 off 19 balls.

New Zealand cruised in the chase with Martin Guptill hitting a couple of boundaries before falling to Bumrah.

Daryl Mitchell took centrestage and flayed the Indian bowling attack to all parts of Dubai. He scored 49 off 35 balls to take New Zealand to the brink.

Captain Kane Williamson and Devon Conway made sure that New Zealand didn't lose any more wickets as they reached the target with 33 balls to spare.

With two defeats from two games, India are fifth in the Group 2 points table, above bottom-placed Scotland only on net run-rate. India now have games against Afghanistan, Scotland and Namibia remaining.

Virat Kohli ICC T20 World Cup 2021 India vs New Zealand, Super 12 - Match 28 Cricket
Get the latest updates on SA vs IND 2021-22, check out the Schedule and Live Score . Like us on Facebook or follow us on Twitter for more sports updates. You can also download the NDTV Cricket app for Android or iOS.