T20 World Cup, England vs Bangladesh: Adil Rashid put in a splendid performance in the field with his incredible catch to dismiss Shakib Al Hasan. 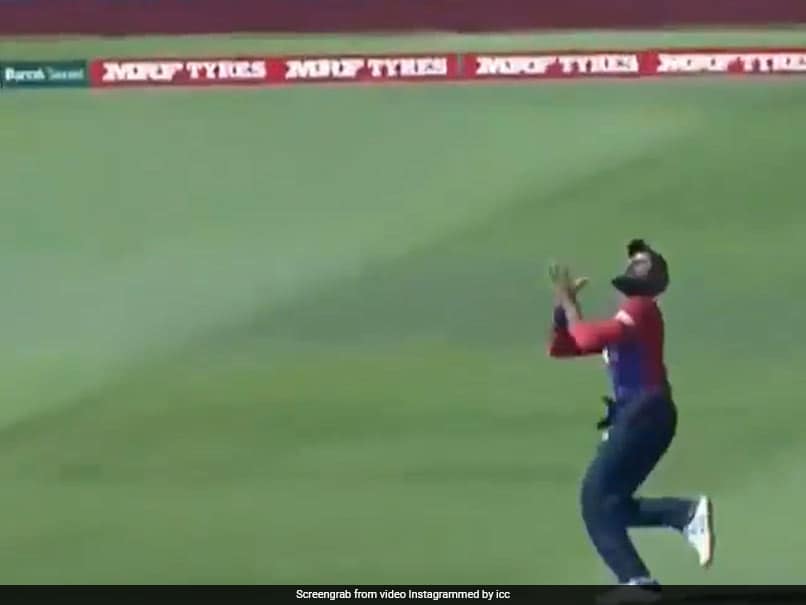 England defeated Bangladesh by 8 wickets in their second match of the ongoing T20 World Cup on Wednesday in Abu Dhabi. Chasing the target of 125 runs, Jason Roy top-scored for England with a 61-run knock. Roy added 73 runs with Dawid Malan (28*) for the second wicket. Earlier while bowling first, England restricted Bangladesh to a total of 124 with superb bowling spells from Tymal Mills (3/27), Liam Livingstone (2/15) and Moeen Ali (2/18). Meanwhile, English leg-spinner Adil Rashid put in a splendid performance in the field as he took an incredible catch to dismiss Bangladesh star all-rounder Shakib Al Hasan (4). Chris Woakes bowled a short ball, which Shakib tried to pull. The Bangladeshi all-rounder got a top edge and the ball was caught marvelously at short fine leg by Adil Rashid, who put in a brilliant effort.

ICC shared a video of this catch on their Instagram handle where they captioned it, "Shakib now departs. Woakes gets the wicket as Adil Rashid takes a brilliant catch."

Shakib's wicket was the turning point of the match as Bangladesh suffered a batting collapse after that. Mushfiqur Rahim top-scored for Bangladesh with his 29-run knock.

With this win, England continued their domination in Group 1 by staying on top of the points table with 4 points. The Eoin Morgan-led side will face arch-rivals Australia in their next game of the tournament on Saturday.

On the other hand, Bangladesh have lost both of their Super 12 matches and have three more outings left in their campaign and in order to qualify for the final four they will have to make the most of the remaining fixtures. The Mahmudullah-led side will take on defending champions West Indies on Friday.

Shakib Al Hasan ICC T20 World Cup 2021 England vs Bangladesh, Super 12 - Match 20 Cricket Social
Get the latest updates on IPL Auction 2023 and check out  IPL 2023 and Live Cricket Score. Like us on Facebook or follow us on Twitter for more sports updates. You can also download the NDTV Cricket app for Android or iOS.