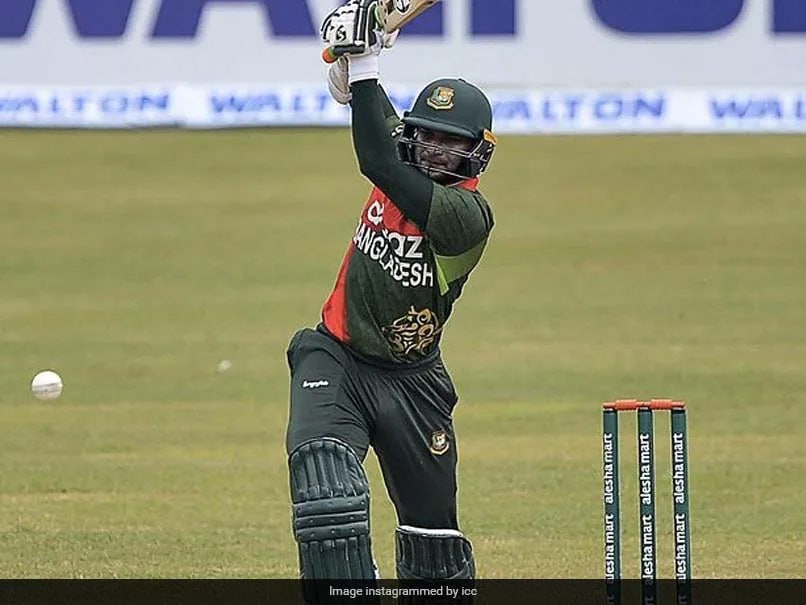 BAN vs PNG: Bangladesh's Shakib Al Hasan was the player of match for his all-round show vs PNG.© Instagram

Shakib Al Hasan's all-round performance guided Bangladesh to Super 12 qualification as they beat Papua New Guinea by 84 runs in their last Round 1 match of T20 World Cup 2021. Shakib picked up 4 wickets and gave away just 9 runs in his 4 overs after a 46-run knock with the bat. In the chase of 182 runs, Kipilin Dorga (46*) was the only batsman from PNG who looked in good touch vs Bangladesh bowlers. Earlier, while batting first, Bangladesh added 181 runs on the board with superb batting from skipper Mahmudullah (50) and Shakib Al Hasan (46). With this win, Bangladesh moved to the top spot in Group B points table with 4 points and became the first team to qualify for Super 12s from their group. Scotland and Oman will face off later on Thursday and the winner of that clash will become the second team from Group B to enter in Super 12s. (Scorecard)

Shakib Al Hasan ICC T20 World Cup 2021 Cricket Bangladesh vs Papua New Guinea, Match 9 Live Score Live Cricket Score Live Blogs
Get the latest updates on IPL Auction 2023 and check out  IPL 2023 and Live Cricket Score. Like us on Facebook or follow us on Twitter for more sports updates. You can also download the NDTV Cricket app for Android or iOS.