Pakistan skipper Babar Azam scored yet another fifty to equal Virat Kohli and Matthew Hayden's record of most fifty plus scores by a batter in a single edition of the T20 World Cup. 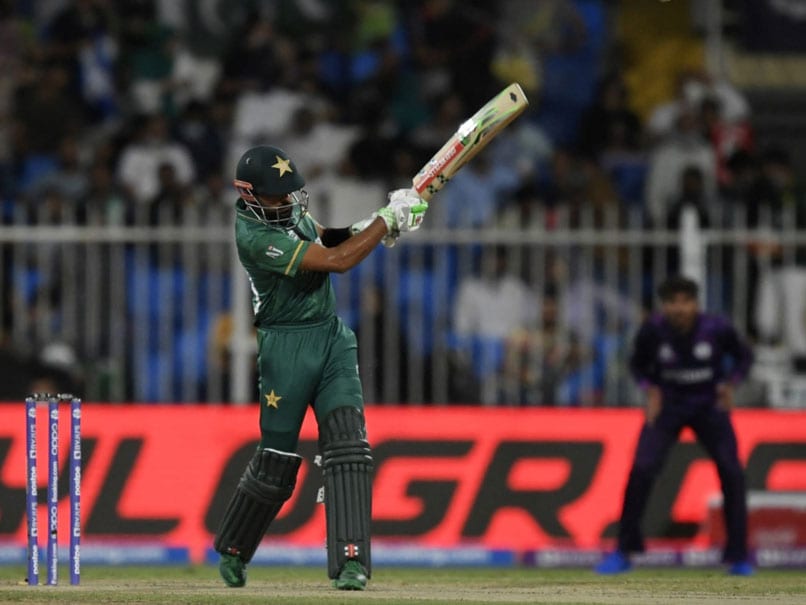 Pakistan skipper Babar Azam scored yet another fifty and continued to lead from the front in the ongoing T20 World Cup 2021. Babar scored 66 runs in 47 deliveries as Pakistan posted 189/4 in 20 overs. During his epic knock, Pakistan's captain equalled Virat Kohli and Matthew Hayden's record for most fifty plus scores by a batter in a single edition of the T20 World Cup. Babar's half-century was his fourth of the ongoing tournament and thus, equalled Kohli's feat in the 2014 event and Hayden's four fifties in the inaugural tournament in 2007.

Babar started the tournament with an unbeaten knock of 68 runs off 52 balls against arch-rivals India in their opener in Dubai. He then scored 51 runs off 47 balls in his team's win over Afghanistan.

Babar then went on to hit another fitty against Namibia.

The skipper's form has been one of the most eye-catching aspects of Pakistan's unbeaten run in the Super 12 stage.

Against Scotland, Pakistan defended the 190-run target in style as the former were restricted to 117/6 in their 20 overs.

Apart from Babar, Shoaib Malik also scored a magnificent half-century as bowlers executed their plans to perfection to script their fifth win in as many matches.

Babar has so far scored 1,627 runs in this calendar year in the T20I format and looks good to add more to his tally as Pakistan have at least one more match to play going further into the tournament.

Babar Azam ICC T20 World Cup 2021 Cricket
Get the latest updates on ICC T20 Worldcup 2022 and CWG 2022 check out the Schedule, Live Score and Medals Tally. Like us on Facebook or follow us on Twitter for more sports updates. You can also download the NDTV Cricket app for Android or iOS.