Harendra Singh said that his side has been at the receiving end of poor on-field decisions twice this year. 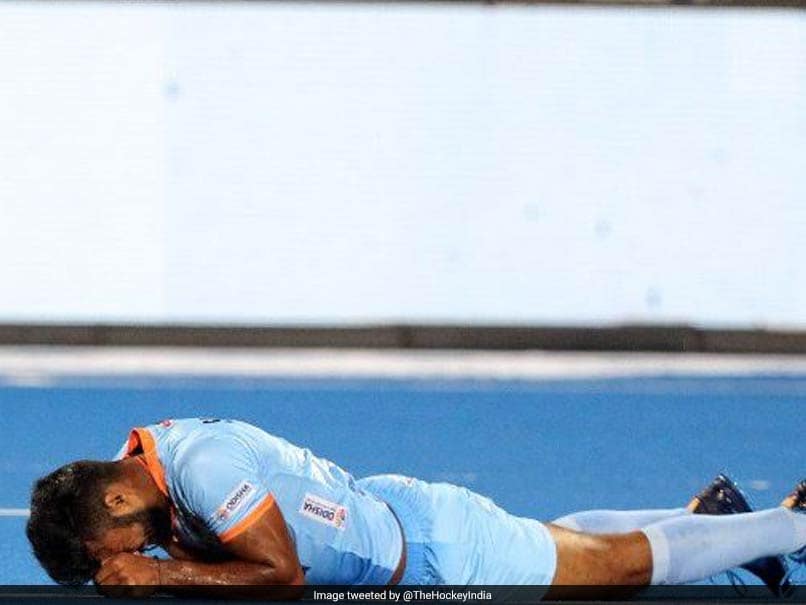 India lost 1-2 to Netherlands in the quarterfinal on Thursday.© Hockey India/Twitter

India crashed out of the Hockey World Cup 2018after losing 1-2 to the Netherlands in a quarterfinal clash on Thursday. And India's chief coach Harendra Singh has blamed poor umpiring for his team's ouster. Singh said the International Hockey Federation (FIH) needs to seriously address the issue as his side has been at the receiving end of poor on-field decisions twice this year.

Aiming to rewrite history after a hiatus of 43 years, India lost 1-2 to the Netherlands in the fourth and last quarterfinal, crashing out in front of a packed Kalinga Stadium.

Harendra said it's high time the FIH reviews the performance of umpires. "I would like to tender my apologies. We haven't given what we had to. I am not going to stop today. If they (umpires) don't want to improve, we will continue to face these type of results," he said at the post-match press conference.

"Can anyone define Amit Rohidas's10-min yellow card? What about this gentleman (pointing at Manpreet Singh), when he was pushed from behind? Why not a yellow card there? We have lost two major tournaments (Asian Games) this year because of umpiring. Two times we got a card when we hadn't done anything. But when it happened against us, they (umpires) said nothing. They need to improve. We have lost two major tournaments," he said.

The India coach, however, said he will not lodge any protest and accept the result. "99.8 percent the referral goes in favour of players. The outcome of a protest has never been good in my career. We accept this gracefully. We want neutral umpiring. I except both teams to be treated equally. One wrong decision can ruin your preparation of 4-6 years," he said.

India captain Manpreet Singh too was utterly disappointed with the outcome and said there is no point in lodging a protest now. "What is the use? We lost. We are out of the tournament. The team had put in all the effort, but it didn't happen. I am happy that all boys gave their 100 per cent and were not short on confidence," he said.

Harendra said it was an equal contestbut missed chances hurt India badly. "We had a couple of open chances. We missed, so did Holland. That was because both teams were playing high-tempo game. Sometimes your position is not there, or your stick is not there (in the right place). The way the boys fought without the goalkeeper, in front of you I want to salute my players. We played well in patches but I will give 7 out of 10 on temperament to my team," Harendra added.

Criticising the on-field umpires,Harendra further said he didn't think the penalty corner from which Netherlands scored their winner was right. "The penalty corner which they got, I don't agree with it," he said. Netherlands coach Max Caldas, however, disagreed with his Indian counterpart and said it is not wise to blame the umpires after a defeat. "The team with most chances wins the game. We won the game. That's the bottom line. In the end, the umpires didn't play the game. We never discuss umpires after a game, we talk about our own performance," he said.

"We review games, not umpires. We review our own performance. It happened with us at the Champions Trophy when the call went against us and we had a draw against India. Umpires do their job. It's a very fast-paced game," Caldas added.

The Dutch captain Billy Bakker too agreed with his coach on the umpiring issue. "I think we are pretty happy with the officials. In the end, India were asking for a penalty corner. It doesn't matter if they had the referral. Sometimes in sports things don't go like you want. Something you have to deal with it," he said.