Vani Kapoor finished with a total of 10-over 226 at the 17th Leg of the Women's Professional Golf Tour. 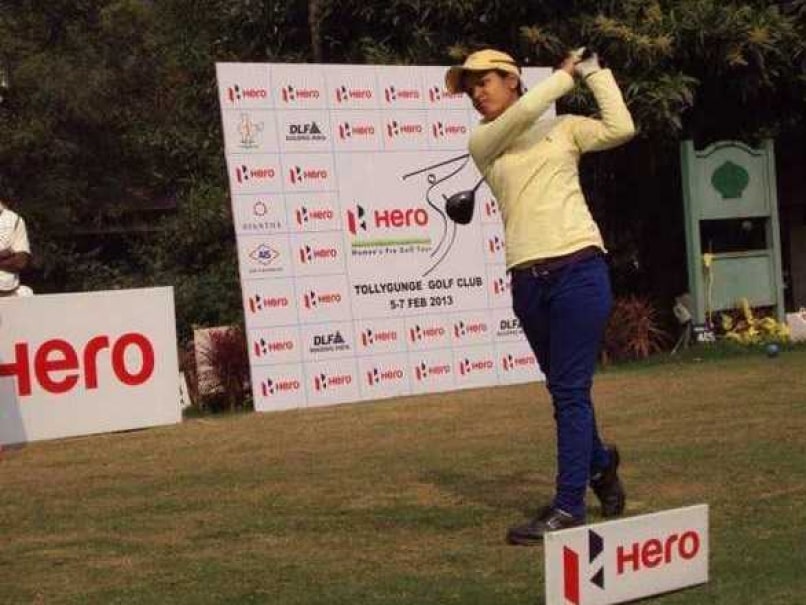 Vani Kapoor is the leader of the Order of Merit. (Image credit: wgai.co.in)
Noida:

Vani Kapoor saw off a strong challenge from Gursimar Badwal as she carded five-over 77 in the third and final round to win the 17th Leg of the Women's Professional Golf Tour and fifth title of the season at the Noida Golf Course here on Friday. (Click here for latest Golf stories)

Vani, who led from the first day, finished with a total of 10-over 226 -- one stroke ahead of runner-up Gursimar, who scored 78.

Order of Merit leader Vani was not in the best of form on the final day. Her round consisted of three birdies on the first, 10th and 15th holes, as against bogeys on the sixth, eighth, ninth, 11th, 12th, 13th, 14th, and 18th. This effort was however, still good enough for Vani to secure her fifth title of the year.

Kapurthala's Gursimar, who started the day in tied first position, came up with a 78. She played a birdie-less front-nine with two bogeys on the fourth and eighth holes, along with a double on the 3rd.

She began her back-nine with a birdie on the 10th, but three more bogeys on the 12th, 13th and 18th quashed all chances of her winning her maiden title.

Kolkata's Smriti Mehra and Delhi's Gauri Monga ended with identical totals of 229 to finish tied third. Smriti, who started the day in tied first position, could only manage an 80. Gauri carded 77.

Kolkata's Neha Tripathi scored 81 to total 232 and finish fifth. Overseas player Kiran Matharu scored 73, the best score of the day. She got a 54-hole total of 234 to be sixth.

Delhi's Ankita Tiwana ended with a total score of 235 to finish seventh, followed by Panchkula's Amandeep Drall in eighth place with a total of 237.

Chandigarh's Saaniya Sharma and amateur Tavleen Batra finished with identical totals of 240 to tie for the ninth position.