Tiger Woods Tells His Kids: Daddy Made Some Mistakes

Tiger Woods had his children, Sam Alexis and son Charlie, with ex-wife Elin Nordegren. They were married from 2004 until 2010. 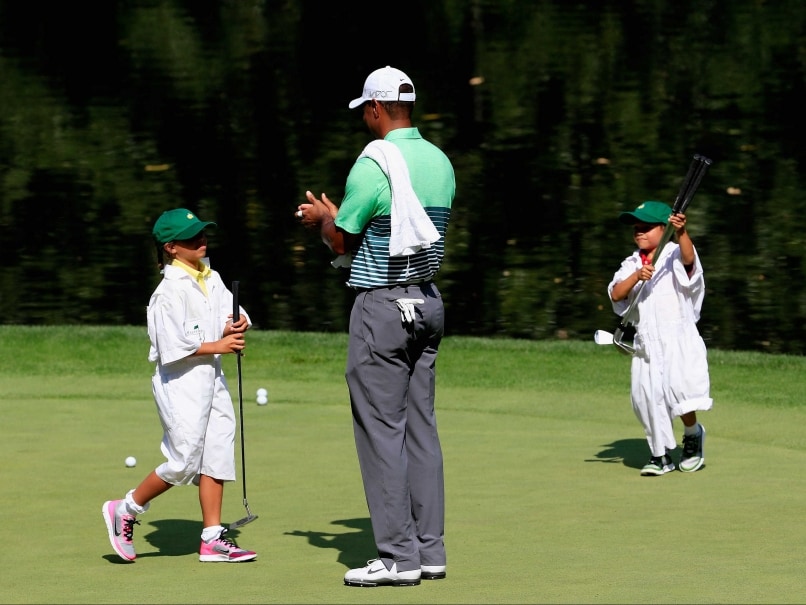 Tiger Woods has said he has reconciled himself to his golf career possibly being over and told his children about the mistakes that led to his divorce in an interview with Time magazine. (Tiger Woods Hoping to Pay a Visit to India Soon)

Woods, a 14-time major champion who has chased the record 18 majors won by Jack Nicklaus, turns 40 on December 30 and is out indefinitely following a third back surgery. He has not won a major title since the 2008 US Open. (Tiger Woods' Ex-Caddy Says He Felt Like 'Slave')

"I've had a good run," Woods said. "I've done a lot more in the game than I ever thought I could. And to be in my 30s, and to have done this much, I never would have foreseen that."

In a rare peek into his personal world published online on Thursday, Woods told Time that, "With all my heart, I do not want to stop playing golf.

"It's not what I want to have happen, and it's not what I'm planning on having happen. But if it does, it does. I've reconciled myself to it.

"It's more important for me to be with my kids."

Woods recounted a tale of a nerve twinge after hitting a chip shot that left him crumpled on the ground and unable to move until his daughter, Sam Alexis, found him and went to get help.

Woods had his children, Sam Alexis and son Charlie, with ex-wife Elin Nordegren. They were married from 2004 until 2010, months after his infidelity with multiple mistresses led to divorce.

'Elin one my best friends'

"It would be having a more open, honest relationship with my ex-wife," Woods said about what he would change.

"Having the relationship that I have now with her is fantastic. She's one of my best friends. We're able to pick up the phone and we talk to each other all the time. We both know that the most important things in our lives are our kids. I wish I would have known that back then."

Woods has explained the break-up as best he can for now to the children.

"I've taken the initiative with the kids and told them up front, 'Guys, the reason why we're not in the same house, why we don't live under the same roof is because Daddy made some mistakes,'" Woods said. "I just want them to understand before they get to Internet age and they log on to something or have their friends tell them something."

Woods said he enjoyed his relationship with US ski star Lindsey Vonn but her training and competition schedule combined with his time with children and US golf events left little time together, so they broke up last May.

"It's a relationship that was fantastic, but it just can't work on that level," Woods said. "It was doing an injustice to both of us."

Woods said he would rather not risk more back surgery, having spoken with NFL star quarterback Peyton Manning about his neck surgery and recovery methods.

"That's a hard mind-set to go through. Because I've always been a goal setter," Woods said.