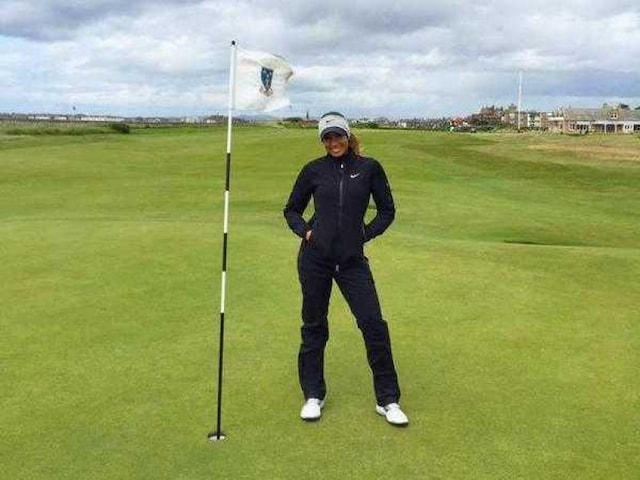 Cheyenne Nicole Woods, niece of Tiger Woods, would be in India for the first time to compete at the Indian Open women's golf.© Twitter

The Tiger Woods family will be represented at this year's Indian Open women's golf to be held in Gurgaon from October 23-25. Cheyenne Nicole Woods, the niece of the 14-time major winner, will be making her first trip to India. (Tiger Woods Going to Get Better, Says Niece Cheyenne)

The organisers have made this year's event at the DLF Golf and Country Club more lucrative. The prize money has been increased from $300,000 to $400,000, making the Hero-sponsored event one of the most sought after in Asia.

The flagship event, tri-sanctioned by the LET, the Ladies Asian Golf Tour (LAGT) and Women's Golf Association of India(WGAI) will see Indian stars like Vani Kapoor, Sharmila Nicollet and Vaishavi Sinha competing for supremacy against a star-studded field.

Gwladys is in good form and has already won a title at the Lalla Meryem Cup in Morocco. Thidapa claimed her first title at the Indian Open in 2013 and will be a force to reckon with this time around as well. Melissa, currently fourth in Order of Merit, will be eager to claim her first title in India.

Vani will be India's biggest hope. She currently leads the Hero Order of Merit with total earnings of Rs15,56,400 in 16 appearances.

The Indian Open is making a return the DLF Golf and Country Club after two very successful years at the historic Delhi Golf Club.