Tiger Woods Hoping to Pay a Visit to India Soon

Tiger Woods hopes to come to India at least as a visitor if not as a golfer. 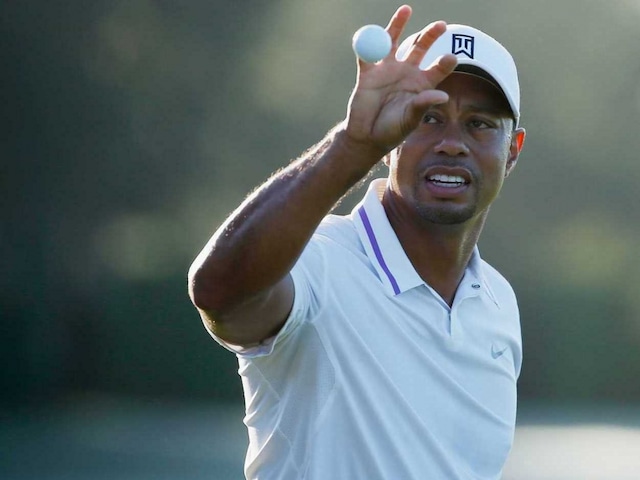 Tiger Woods enthralled his Indian fans on his maiden visit to the Delhi Golf Club in February last year as he played a round of golf with leading national players including Shiv Kapur and Anirban Lahiri.© AFP
Nassau, Bahamas:

He may have disappointed his fans by refusing to set a time-frame for when, if at all, he will return to competitive action, but Tiger Woods said he may visit India in the near future.('Golf in India Will Explode in Lahiri Wins in Medal')

The 14-time Major winner said even though coming to India as a player was far-fetched, he would love to come as a visitor, as his association with Hero World Challenge is strong.

"As a player? No, not anytime soon. But I would like to, I would like for it to be as a player, trust me. But as a visitor and supporter of Hero, certainly in the near future, yes," Woods said when asked about his plans of visiting India.

Woods enthralled his Indian fans on his maiden visit to the Delhi Golf Club in February last year as he played a round of golf with leading national players including Shiv Kapur and Anirban Lahiri.

But a lot of water has flown under the bridge since then as Woods seems to be travelling on a tough road to recovery. He even hinted that time might be running out on his illustrious career.

"Therein lies the tough question and tough answer, because I have no answer for that, and neither does my surgeon or my physios. There is no timetable. So that's the hardest part, that's the hardest part for me is there's really nothing I can look forward to, nothing I can build towards. It's just taking it literally just day by day and week by week and time by time," Woods said.

"So where is the light at the end of the tunnel? I don't know, so that's been hard. But also I had to reset the clock each and every day and okay, here we go, this is a new day and this is taken for what it is. I listen to my surgeon, I listen to my physios, and we just take it day by day. Hopefully the day-by-day adds up to something positive here soon," he added.

The 39-year-old veteran has had three surgeries post his back injury, but still hopes to return to the greens someday even though he seems content with his mountain of achievements.

"I think pretty much everything beyond this has been --will be gravy. I've passed Jack (Nicholas) in all-time win list, just shy of Sam. I passed Sam (Snead) basically a decade ago in major championships but I'm still shy of Jack's. So I've had a pretty good career for my 20s and 30s," Woods, whose Foundation is playing host to the 17th edition of the PGA-sanctioned tournament at the Albany Golf Club here, said.

"For my 20 years out here I think I've achieved a lot, and if that's all it entails, then I've had a pretty good run. But I'm hoping that's not it. I'm hoping that I can get back out here and compete against these guys. I really do miss it."