Zach Johnson's wins were eight years apart - the Masters in 2007 and the British Open in 2015, and in both instances he came in under the radar. 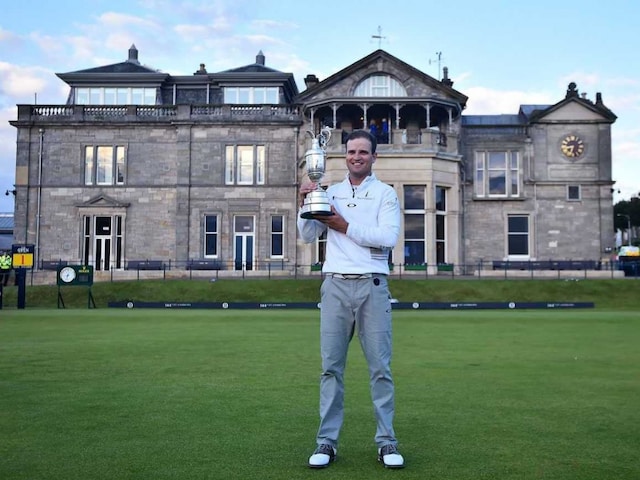 Johnson is also known for being a deeply religious man who studies the bible© AFP
St Andrews, United Kingdom:

Zach Johnson knows how to pick his spots, two majors under his belt - one at Augusta National and one at St Andrews - the two most famous golf courses in the world.

His wins were eight years apart - the Masters in 2007 and the British Open in 2015, and in both instances he came in under the radar.

That's the way 39-year-old Johnson likes to do things -- quietly, efficiently and with a minimum of fuss. But he savours them all the more so. (Spieth Moving on After Grand Slam Dream Ends)

"It's a feat to be invited and an honour to be invited to those tournaments, and to win at Augusta and to win The Open Championship at St Andrews, it's hard to put it into words, as a golfer, as an athlete, as a guy," he said.

"I'm not rich in history, I can tell you that. I'm not a great historian. I know the little things that probably most know, but I do know that this (St Andrews) is the birthplace of a great game and a place that has fantastic fans.

"Ryder Cup is the Ryder Cup, Augusta is Augusta, I get that. But I just respect and appreciate what this tournament is all about and I could go on and on about that. It's the best."

Johnson's says his playoff victory at the Old Course on Monday over Louis Oosthuizen and Marc Leishman was down to "patience and perseverance" and "making the best of opportunities".

His name did not appear atop the leaderboard until he stormed down the front nine on Monday with a burst of birdies.

He then held firm down the tougher back nine and sunk a snaking downhill 20-footer to pitch the clubhous lead at 15 under par. No-one was able to better that.

Two birdies to open the four-hole playoff proved to be enough to get him over the line, a bogey-par finish proving to be something of a low-key end.

But low-key is exactly what Johnson is all about and he makes no excuses.

"I'm not the most charismatic, maybe emotional, fun-packed individual on the golf course; I get that," he said.

"But I'm just so into what I'm trying to do, and my game plan is as such, and I just try to go at it.

"I mean, I'm going to get the crowd going occasionally. I appreciate them and I appreciate that we play a great sport, a fun sport, one that provides a lot of drama, and there's an entertainment value there.

"Fortunately we've got a lot of great personalities in this game and a lot of tremendous talent."

Johnson is also known for being a deeply religious man who studies the bible and tries to live his life according to what the scriptures tell him.

Asked what he was reciting as he went down the back nine on Monday, Johnson said it was from Psalms 24:17.

Patience and waiting he certainly managed to do at St Andrews this week and he reaped the rewards.

Comments
Topics mentioned in this article
Zach Johnson Golf
Get the latest Cricket news, check out the India cricket schedule, Cricket live score . Like us on Facebook or follow us on Twitter for more sports updates. You can also download the NDTV Cricket app for Android or iOS.