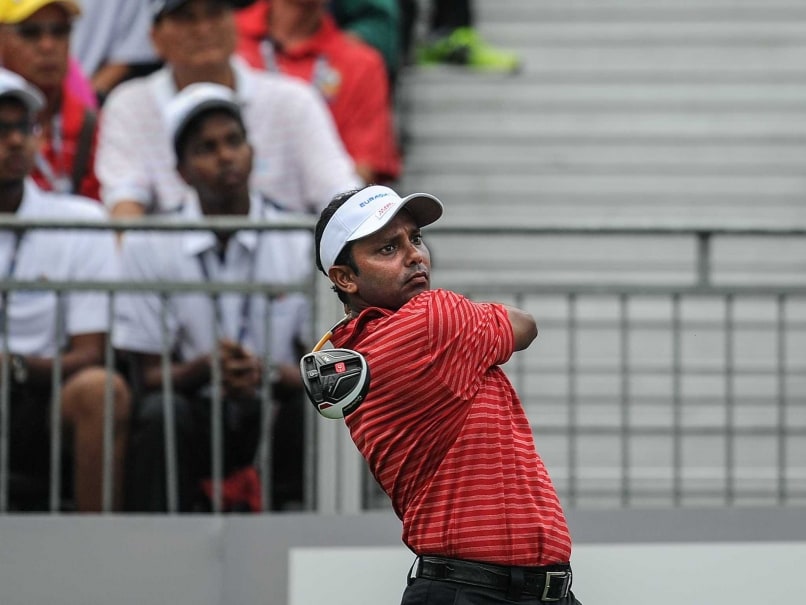 Indian golfer SSP Chawrasia held his nerves at the tricky Wentworth Club and finished tied 27th at the BMW PGA Championship on Sunday.

Three times during the day, Chawrasia sank a birdie after a bogey and one had a bogey after a birdie as he finished with 73. His Tied-27th was his second best finish after the T-15 in 2012.

"The course was playing tough but it was a good week. I could have finished way higher, but just couldn't get the putter going at crucial moments," said Chawrasia.

Wood had contrasting front and back nines. His amazing six-under 29 on front nine with four birdies and one eagle gave him a shot and the three-over 40 almost took it away from him.

While Danny Willett had two birdies and two bogeys in last four holes and ended two shots behind in third, the man giving Woods the fight was Y E Yang, who was nine-under at the turn and creeping up as Woods slipped back.

Then Yang gave away bogeys on 10th and 11th and then another bogey on 16th and finally a double on 17th and finished way down in T-12.

Rikard Karlberg had an ace on the second during a round of 65 that saw him rise to from 28th to second at the end of the day, but the man driving away a car for an ace was James Morrison, who had a hole-in-one in between a double on 13th and bogeys on 15th and 16th.

Overnight leader, Scott Hend had strangest round. He had a nightmarish start with a double and then ran in a horrendous six-hole stretch from sixth to 11th with four bogeys and two doubles and dropped way down.

But the tall Aussie fought back with a birdie on 16th and an eagle on 17th - his third eagle of the week to be three-under for last three holes.

It fetched him a round of 78 and ended Tied-15th after being as down as 30th at one stage.