Shiv Kapur, who recently finished 23rd at the US Open, followed up his first round 73 with a two-under 69 in second round to get to even par and tied 24th place after 36 holes. 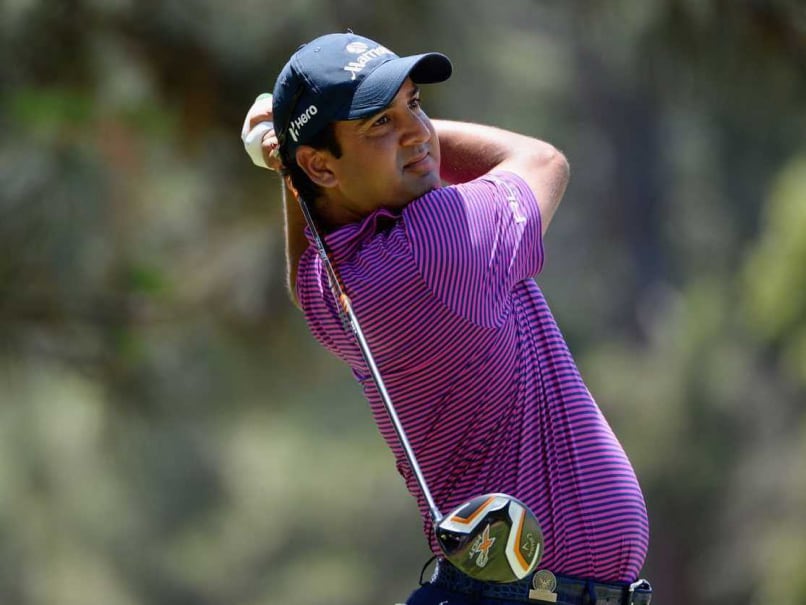 Shiv Kapur in action during a golf tournament.© AFP
Versailles:

Shiv Kapur suffered two late bogeys in the second round, but was still the only Indian to make the cut at the Alstom French Open here.

Kapur, who recently finished 23rd at the US Open, followed up his first round 73 with a two-under 69 in second round to get to even par and tied 24th place after 36 holes.

Kapur, who is hoping to land a late place in the British Open with a top-4 not otherwise exempt and also finish in the top-10 overall, had four birdies on the third, seventh, eighth and 10th holes and looked set to get close to top-10 to make a charge over the weekend. But bogeys on 16th and 18th messed up his plans.

At the top American Kevin Stadler continued his dominance of the Open de France despite finishing his second round of 68 with a double bogey.

The burly American moved to ten-under par and extended his lead to three shots over leading home hope Victor Riu, but his advantage would have been considerably greater were it not for a seven on the par-five ninth hole.

Riu delighted the large galleries at Le Golf National, in Versailles, with a round of 67 which featured five birdies, whilst Marcel Siem is two shots back on five-under par after the German battled his way to a round of 72.

Defending champion Graeme McDowell of Northern Ireland is sharing the 4th place with a group of players on three-under par after he added a 69 to his first round of 70.

Comments
Topics mentioned in this article
Golf Shiv Kapur
Get the latest updates on ICC Women's Cricket World Cup 2022 and IPL 2022, check out the Schedule , Live Score and IPL Points Table. Like us on Facebook or follow us on Twitter for more sports updates. You can also download the NDTV Cricket app for Android or iOS.