Shiv Kapur had a poor last day in the Panasonic Open as he ended fifth while Yuta Ikeda came back from behind to clinch the title. 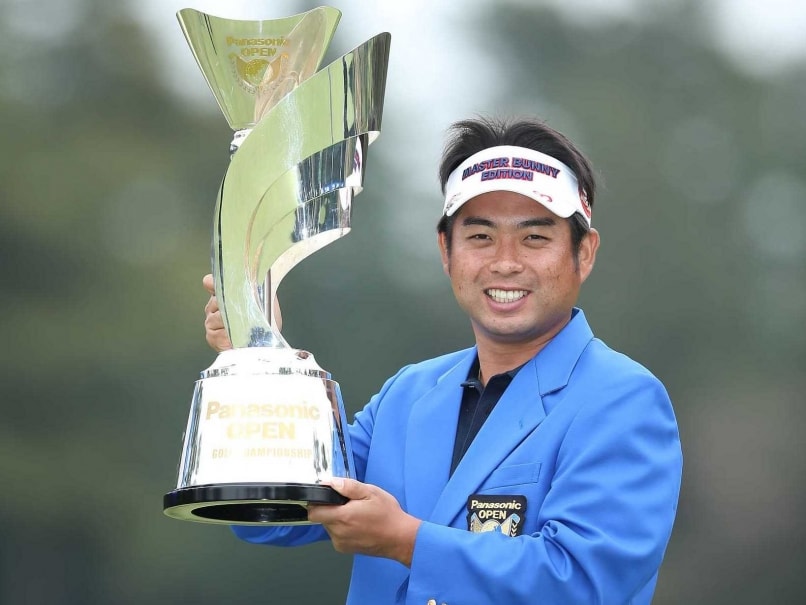 Yuta Ikeda came back from behind to win the Panasonic Open while India's Shiv Kapur finished in fifth position.© NDTV

An early double bogey derailed Shiv Kapur's hopes of ending a 11-year-long title drought on the Asian Tour as he ended tied fifth with a one-over 72 in the final round of the Panasonic Open Golf Championship here today.

Kapur, who held a one-shot lead after 54 holes, ended at eight-under 276, while Yuta Ikeda of Japan rallied from behind with a masterful front-nine to shoot six-under 65 and win the Championship by three shots. He finished at 13-under 271.

"I am obviously disappointed at not winning. I got off to a steady start but made one bad swing on five. I hit it left then tried to hit a shot out of the trees but it hit a tree and went further into the bush and that compounded that error," Kapur said.

He had another dropped shot on 11th and despite birdies on 14th and 18th, he could not get back into contention.

"After that I was just playing catch-up and birdie did not happen," he said.

"Still I feel I am headed in the right direction. I was Top-10 at Hero Indian Open and now a Top-5, so I am hoping things will soon fall in place.

"It was one of those days where nothing happened for me. I was just trying to grind out the scores and make something happen. I'm obviously disappointed not to play better in the final round but I'm also proud with the fact that I came back, fought hard and made a couple of birdies in my last four holes," he added.

Kapur is next headed to Morocco for Trophee Hassan and then to Mauritius.

Ikeda got off to a flying start when he made 10 putts on the first nine highlighted by six birdies to take charge. He dropped only one shot on hole 15 but tapped in for birdie on the last to clinch the title in style.

The 30-year-old Ikeda turned in 29 before marking his card with a birdie on the last hole to clinch his 14th title in Japan with a winning total of 13-under-par 271 at the 150 million Yen (approximately US$1.27 million) event sanctioned by the Asian Tour and Japan Golf Tour.

Shugo Imahira of Japan finished a further shot back while overnight leader Shiv Kapur of India posted a disappointing 72 to finish in tied fifth place alongside Kodai Ichihara of Japan on 276.

Playing in the same group as Ikeda, Fraser, who won the Maybank Championship Malaysia in February to top the Order of Merit, said he struggled to keep up with the pace of his playing partner